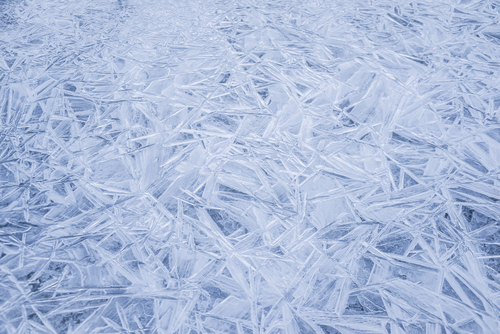 In 2014, a year after Disney’s Frozen hit theaters, around 1,131 new babies became walking reminders of magical snow queen, Elsa, giving the name a noticeable boost for the first time in forever. My sister and I went to see it mostly because of the vocal talent (how could you not love Idina Menzel when you grew up listening to her sing “Defying Gravity” as Elphaba?), and we were not as bedazzled by the film as everyone else seemed to be. Sure, there were a few beautiful scenes and some catchy songs, but overall, we were disenchanted with the storyline and all its plot holes and wished everyone would just "let it go."

As we’ve watched it again over the years, however, I’ve come to appreciate some of the profound and positive messages the film shares—messages that resonate with gospel truths and that clearly struck a chord in the hearts of thousands of expectant parents who now have little Elsas and Annas. Here are a few that I have identified:

One of the driving forces behind this film’s storyline is Elsa’s intense fear. She is afraid of showing people who she is, she is afraid of her power, afraid of her sister, and afraid to rule a kingdom. For most of the movie, her decisions are made based on her fears, driving everyone away and hurting the people she loves. Ultimately, Elsa’s fear of others and herself drive her to isolation and a belief that she can’t help her destructive personality and is better off without anyone—a belief that is proven fundamentally false by the end of the movie.

This lesson on fear reminds me a lot of what we learn in the gospel. Elder Kevin W. Pearson taught in his April 2009 general conference talk that, "Faith and fear cannot coexist," and we have also been taught that fear will always isolate us and drive us away from those who want to help. Whether it’s a fear of repenting, a fear of falling short, a fear of not being good enough, a fear of being unloved, or a fear of something else, everyone faces fears, and that is one of Satan’s great isolating tools. If he can get us to be afraid of repenting, we withdraw from the Lord and those we love in an attempt to hide from anticipated embarrassment, shame, or misunderstanding, just like Elsa ran away to the mountainside. If we are afraid of making a mistake, we might isolate ourselves so that everyone only sees the good things we do instead of building genuine relationships full of imperfections, just like Elsa did when she always wore her gloves and stayed away from everyone, including her sister. If we are afraid of being unloved, sometimes we might be tempted to change ourselves to fit someone else’s desires and isolate our true selves, just as Elsa tried to do by hiding her powers on the day of her coronation.

Ultimately, Elsa discovers that love—for herself, for her sister, and for her kingdom—is what allows her to use her powers. This is, in fact, just what we believe as Latter-day Saints. In his April 2017 conference talk, “Perfect Love Casteth Out Fear,” Elder Uchtdorf talk about this concept and quotes this scripture in 2 Timothy: “For God hath not given us the spirit of fear; but of power, and of love, and of a sound mind” (2 Timothy 1:7). He also adds, “My beloved friends, my dear brothers and sisters in Christ, if we ever find ourselves living in fear or anxiety, or if we ever find that our own words, attitudes, or actions are causing fear in others, I pray with all the strength of my soul that we may become liberated from this fear by the divinely appointed antidote to fear: the pure love of Christ, for “perfect love casteth out fear.”

One gospel story that Elsa makes me think of is the parable of the talents. You remember the story—a man leaves on a journey and gives each of his servants one, two, and five talents respectively. The servants with five and two talents go out and earn more talents while their master is gone, but the servant with one talent hides the coin in the ground. When the man returns and asks the servants to account for what they did with their talents, he is displeased with the third servant for not using and improving the talent he was given and gives the third servant’s talent to the first (Matthew 25).

In many ways, Elsa started the movie as the epitome of the servant who was given one talent. Told that her powers could be dangerous, Elsa began to fear and hide her “gift,” treating it as a curse and focusing on the danger rather than the beauty, just like the servant given one talent did. Both ended up miserable and fearful (“And I was afraid, and went and hid thy talent in the earth”). However, as Elsa came to appreciate her powers as a gift and learned how to use them for good, she was richly rewarded. Likewise, if we learn to recognize our gifts and special abilities and use them for good, our lives and the lives of those around us can be blessed. As Sister Michelle Craig said in her October 2018 conference talk, “Divine Discontent,” “Have you ever felt your talents and gifts were too small for the task ahead? I have. But you and I can give what we have to Christ, and He will multiply our efforts. What you have to offer is more than enough﻿—even with your human frailties and weaknesses﻿—if you rely on the grace of God.”

When we first meet Elsa, she is using her magical powers to create an evening of fun for Anna. However, an almost tragic accident because of it seems to lead to her losing control of her icy magic and the removal of all magical memories from Anna. It becomes a weakness for Elsa—something that no one except her parents know about and that she tries to hide, but that flares into danger when she is experiencing extreme emotion. For instance, when Anna snatches her glove and provokes her into fear and anger at the coronation celebration and when soldiers from the kingdom attack her in her ice castle, a scary barricade of icicles escapes her fingers and turns her into a “monster.”

How often does this happen to us? Maybe we have a gift such as leadership that turns into unrighteous dominion when we are feeling insecure or pressured. Or maybe we have a weakness that we want to overcome but just keep falling prey to. It isn’t until Elsa strives to understand her “weakness” and accepts the help and love of her sister that she is able to not only better use her powers but also use her powers to make her kingdom better and bring joy to others. We are taught the same concept in the gospel. In Ether 12:27, it says, “And if men come unto me I will show unto them their weakness. I give unto men weakness that they may be humble; and my grace is sufficient for all men that humble themselves before me; for if they humble themselves before me, and have faith in me, then will I make weak things become strong unto them.” When we strive to acknowledge our weaknesses and accept Heavenly Father’s help to change, those things we struggled with can become our greatest learning tools and strengths.