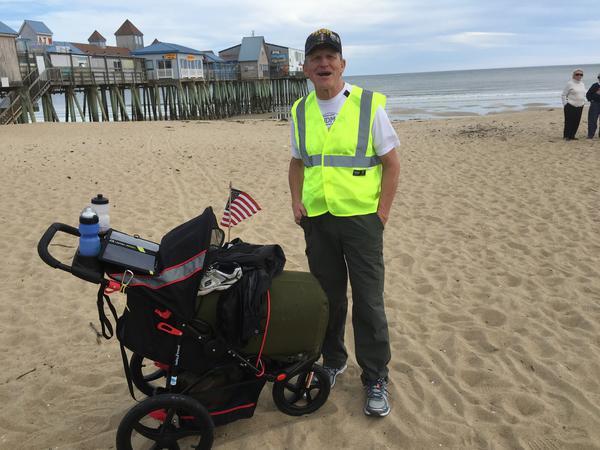 This year, John Lindgren took a "walk" from Maine to California that included many of the historical sites of The Church of Jesus Christ of Latter-day Saints, along with lessons and challenges.

“My walk changed my life, and my walk was analogous to life,” said 65-year-old Lindgren of the Wasatch 2nd Ward, Salt Lake Wasatch Stake, in Cottonwood Heights.

“I learned that the most important things in life are my family and friends and to serve and be kind to each other,” Lindgren said. “Things came to my mind how I could better serve. Too, I learned so much more about the strength and force of prayers and that there are angels of mercy.”

John and Sharron Lindgren, who have been married for 44 years, returned in December 2014 from the Frankfurt Germany Mission of The Church of Jesus Christ of Latter-day Saints, where they had served young single adults in Nuremberg. With Sharron Lindgren’s encouragement and that of their eight children and 25 grandchildren, John Lindgren prepared to depart for his ambitious trek a few months later.

Throughout his life, he has sought challenge and adventure, having climbed Mount Kilimanjaro and Aconcagua, among others. He also is a retired Army Ranger captain.

Lindgren didn’t walk for a cause or to raise money, but to fulfill a challenge, to see “America the beautiful, truly the promised land” and “to give his grandchildren courage to do hard things.”