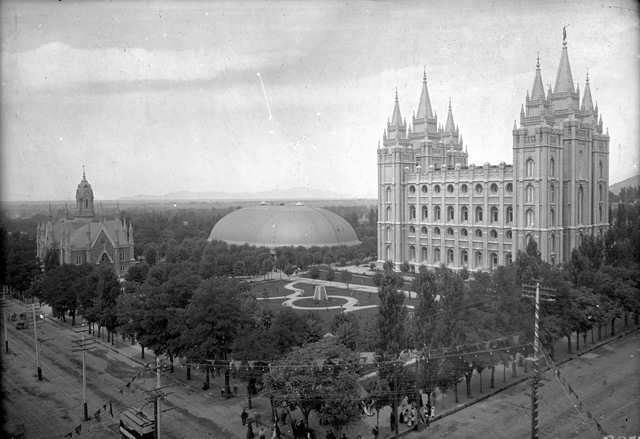 There are a handful of classic books found on nearly every LDS bookshelf. Jesus the Christ is one of them. But what do we know about the brain behind this Mormon masterpiece? Though we know Elder James E. Talmage was requested by the First Presidency to write Jesus the Christ, his knowledge and training are different from what one might expect. Here are 7 things you didn’t know about James E. Talmage: 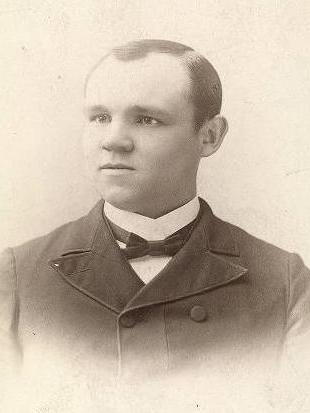 1. He wrote Jesus the Christ on scratch paper.

There was a paper shortage in the United States because of WWI at the time Elder Talmage wrote Jesus the Christ. So instead of writing on new sheets of paper, he used the back of legislative documents tied together with string. Because he wrote everything by hand, including the footnotes at the end of the chapters, he also wore down many pencils. He would use a blue pencil to mark parts that needed to be moved, and once his pencils became tiny stubs, he would take them home for his children to play with.

2. Despite rumors, he did not live in the Salt Lake Temple.

Though he spent many hours within writing Jesus the Christ, Elder Talmage did not live in the Salt Lake Temple. He wrote in an upper room of the temple, designated specifically for him to finish the book.

--> You may also be interested in Jame's E. Talmage's "Jesus the Christ" Study Guide

Elder Talmage was not a theologian and was not an academic expert about religion. He was a scientist and geologist who believed that most theologians didn’t understand Darwin’s theories. He believed that Darwin’s theories actually supported the truths of the gospel of Jesus Christ and was known to say that “Within the gospel of Jesus Christ, there is room and place for all truth thus far learned by man or yet to be made known."

4. He graduated from Brigham Young Academy at age 17.

Talmage was so advanced that he was hired immediately after his graduation to run the academic department. As part of his job, he toured nearby schools with Karl G. Maeser, evaluating the academic programs of each school. While at one of these schools, he saved a boy who had been shot in the leg, removing the bullet with only what he had around him. The boy eventually fully recovered.

5. He wrote another book, The House of the Lord, because of a blackmailer.

Someone had snuck into the temple and taken amateur pictures of the inside before attempting to extort the Church for money in exchange for the images. When Talmage heard about this, he suggested that the Church take high-quality photos of their own and publish them, along with explanations. He was then commissioned to write the book. 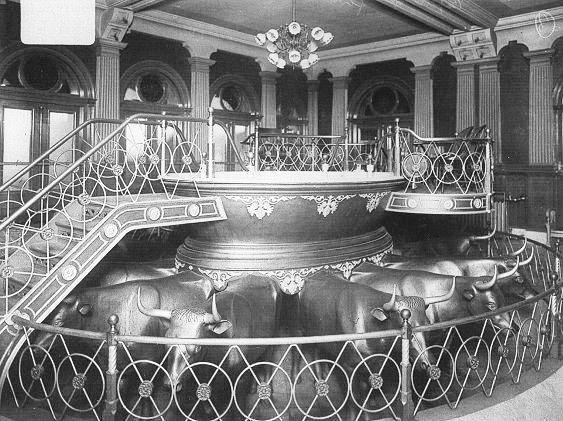 He was a special counsel and spokesman for Church leadership even before he was a general authority. He delivered weekly radio broadcasts through KSL, which were listened to by tens of thousands. As a public speaker, his lectures were always well-attended, often with standing-room only.

6. He was part of the first generation of Latter-day Saints to be educated in the East.

Elder Talmage was part of a generation of pioneers—but in the academic world. He was part of the first wave of Mormons in Utah to travel back East to study and attend school. He went to schools like Johns Hopkins, helping add science and scholastics to the settling and farming lifestyle most Mormons had adopted.

7. His writing of Jesus the Christ was influenced by other popular Christian authors of the time.

When Elder Talmage was at school in the East, he wasn't able to attend church with the Latter-day Saints. Instead, he would attend up to three denominational congregations each Sunday and read popular Christian works. Their writings later influenced Talmage's study and preparation for writing Jesus the Christ.

Check out more neat facts about Elder Talmage and listen to an early recording of his voice in the trailer for the upcoming documentary, Jame E. Talmage: The Story Behind "Jesus the Christ." You won't want to miss this inside look at this incredible figure in Church history, including footage of him walking and talking with the Church leaders of his day. Watch the trailer below.