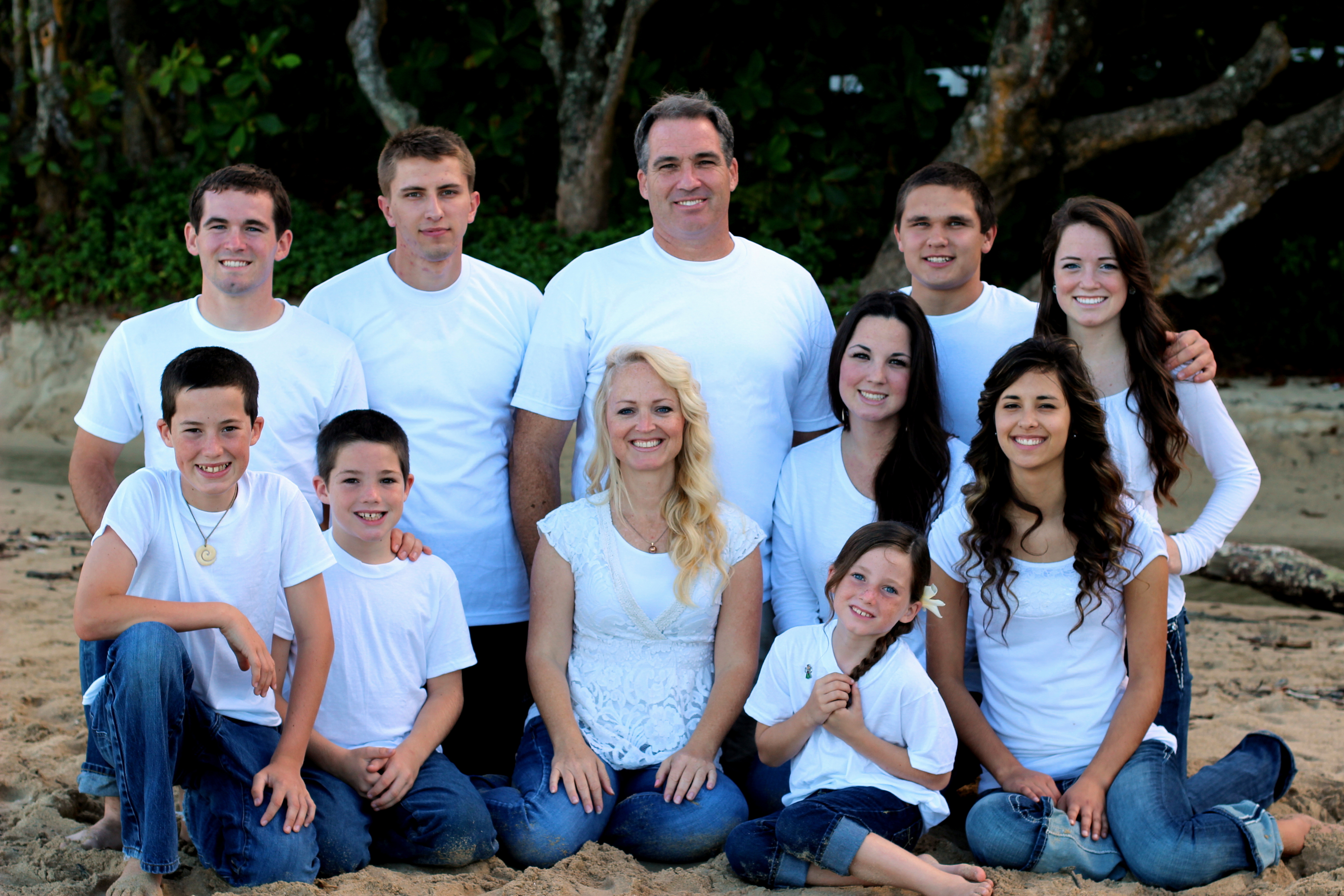 7 Missions and Counting for LDS Family of 12

For the Steele family of 12, missionary work is their motto.  With four kids currently serving missions and returned missionaries themselves, Colette and Mike Steele not only understand but live the principle of sacrificing and devoting their all to the Lord.   “We are a big missionary family.  And we love to do member missionary work, not just full time missions,” Colette said.

The Steeles were living in Hawaii when they heard the historic announcement that the missionary age would be lowered from 19 to 18 for men and 21 to 19 for women.  Instantly, they went from having two children preparing to leave on missions to four. And though they were excited at the prospect of having so many missionaries in their family, the Steeles knew this change would come at a price.  Dedicated to supporting their children in serving the Lord at any cost, Colette and Mike immediately began making preparations to move their family from Hawaii to family student housing in Provo in order to save money to support their missionaries in the field.

“Financially it’s been crazy,” Colette said with a laugh.  “But it’s really fun living in the apartments.  We actually like it.”

“That’s when we saw our kids,” Colette remembered. And from the moment she saw them, Colette knew that four of the children were meant to become a part of her family.

“There were many miracles that went into play with their stories and how we were prompted by the Holy Ghost that this was what we needed to do.  These last 10 years have not been easy and we needed those strong experiences so that we could look back and know this was definitely what the Lord wanted us to do.”

The Steeles finalized the adoptions and arrived home with their four new children just two days before Christmas—another small miracle and the perfect gift for their family.  Since that time, Colette has seen the difference the gospel has made in her adopted children’s lives and the Atonement’s power to heal past traumas and offer hope.  This change has also affected her birth children by increasing their empathy, compassion, and tolerance.

“It has helped my children be better missionaries—to help them see that despite sin or suffering, there are good people all over the world,” Colette said.

Currently, the Steeles have children called to serve in Kentucky, New York, New Mexico, and Peru, with another daughter planning to submit her papers in September.  Colette has been going back to school to prepare for future missionary service as well, majoring in family history with an emphasis in Slavic cultures and minoring in teaching English to speakers of other languages.

“I just really wanted something more to offer for missionary work service,” Colette said.  “I’m very excited because I want to further the work in those areas of the world together with my husband.”

The Steeles’ devotion to missionary service has helped build the family’s tight-knit relationship while bringing light and new opportunities into their home that they never could have anticipated.   About the struggles and miracles the Steeles face on a daily basis, Colette said:

“Being in a family, there are going to be hard times.  It’s not easy for anybody.  And it’s not meant to be easy.  That is the point of this life—that we go through difficult things.  But I’ve learned through the last twenty years of raising my kids that it will all work out.  It does.  I’ve noticed as I’m patient and prayerful and wait on the Lord in my life, that no matter what difficulty it is, it will work out and we will be okay.”