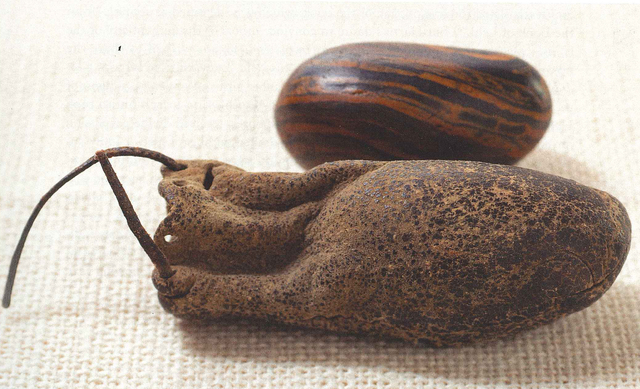 By now you have probably seen the pictures from the Church of Joseph Smith’s original seer stone, released in conjunction with the printing of an original manuscript of the Book of Mormon. But do you know how the Church came to obtain the stone?

According to David Whitmer, (1) Joseph Smith gave the seer stone he used to (2) Oliver Cowdery after the translation was completed.

(4) Phineas Young then gave the stone to his brother (5) Brigham Young, who apparently had no seer stones other than those that had belonged to Joseph Smith. He stated in 1853 that he had “Joseph’s 1st Seer Stone, which I had from O[liver] C[owdery]”. The stone remained with Brigham until his death.

(6) Zina D. H. Young, one of Brigham’s wives, then bought this and one other seer stone from his estate. Zina D.H. Young and her daughter (7) Zina Williams Card then donated the stones to the President of the Church of Jesus Christ of Latter-day Saints. This seer stone was accompanied by a handwritten note that explained its history, and was signed by Zina Williams Card.

Later, in 1882, Apostle Franklin D. Richards saw the stone in President John Taylor’s possession and recorded in his journal that “the pouch containing it [the stone] [was] made by Emma,” meaning the wife of Joseph Smith.