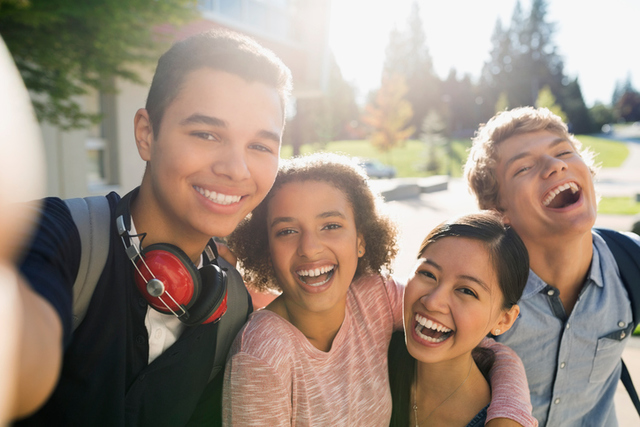 Whether your guest speaker backs out or you simply run out of time to plan anything elaborate, if you find yourself fumbling for something fun and productive to do on mutual night, we’ve got you covered with this list of seven last-minute Mutual ideas.

Materials: Paper and pencils, or a whiteboard and markers

You play this game just like Pictionary, except make all the options stories, objects, or people from the scriptures; for example, Noah and the Ark, Abinadi, or the Liahona. If you have a few minutes beforehand, you can brush up on the rules of Pictionary and print out clue cards, or just make them up on the fly!

2. For the Strength of Youth Skit Night

Materials:For the Strength of Youth pamphlet (you can access it from a smart phone)

Split the youth into groups. Assign each group one or two standards from the For the Strength of Youth pamphlet and have the youth present the standard(s) in a skit. If you have a little more time, you can also provide them with some random props from around the house to use. After 20-30 minutes, have them perform the skits for each other. For extra fun, record the skits on a phone and have a movie night later where you watch the skits again with popcorn!

Have those in the group who know how to lead music, play the piano or other instrument, or sing, teach the others simple skills such as how to lead in 3/4 time, what the names of the notes are, or the best way to breathe when singing. Use the hymn book to practice your new skills with any remaining time.

If you're feeling particularly ambitious, organize your group and learn the parts to a hymn so you can be a special musical number in sacrament meeting in the coming weeks!

Split the youth into groups. Give each group 20-30 minutes to create their own Mormonad using a scripture or favorite quote from a general authority, then present them to each other. If they are having difficulty coming up with one, suggest scripture masteries or give them some other ideas to get started with. The youth can then take the posters home, or if appropriate, can give them to less-active youth in your area.

Split the group into two teams. Tell both teams a clue about a scripture and have them race each other to find it. As soon as everyone on the team has the correct scripture opened (or pulled up on a phone, depending on your rules), the person at the front of the line starts trying to shoot a basket. The first team to have all of their scriptures open gets one point and the first team to make a basket gets two points. Play continues until everyone has had a chance to shoot a basket or until you run out of clues.

6. Give a Heart Attack

Brainstorm someone in your neighborhood who could use some cheering up such as an elderly person, someone who is sick, someone who lives alone, etc. Make heart shapes out of the paper or simply draw hearts and have everyone write a kind note or encouraging quote on each heart. Go to the house of the person you picked and put all of the heart notes in their doorway (not their yard—that's too hard to clean up). You may also leave a treat if you have time to stop by the store. Be careful not to use tape that will peel the paint off doors or leave a sticky residue on a window. You can ring the doorbell and run so you can watch their reaction, or you can simply leave it as a surprise fort the next time they walk out of their door.

Group games are usually simple, require no preparation or materials, and are a good way to involve everyone or fill up some extra time.  Here are some that you may not have heard of before:

- The question game: Everyone sits in a circle. One person will start by asking another person in the circle a question. That person must answer by immediately asking another question to a different person. You can theme the questions, or allow them to be completely random. If someone answers a question, repeats a question that has already been asked, or hesitates too long before asking a new question, they are out until there is a winner. To keep “out” people involved, they can start new question games among others who are out.

Gameplay example: 1- "What are you doing with that Pez dispenser, Carly?" 2-"What do you think it looks like, Jason?" 3 - "Do you think she's going to share the Pez, Gary?" Etc.

- Do you Love your Neighbor: A fun, active game played in a circle. One player stands in the middle and asks someone, "Do you love your neighbor?" Depending on their answer, players switch seats until there's a new person in the middle.

- Buddy Tag: This game is also often referred to as missionary tag. One person is "it," one or two people are "runners," and everyone else has a "buddy" or "companion." You can't be tagged if you have a companion, but transfers quickly change up who is eligible to be "it" next.

- Telephone: This is an oldie but a goodie. Sit in a line. Start out by whispering a short phrase in the ear of the person in front. That person will, in turn, whisper it to the person behind them and so on until it gets to the end. The last person repeats the phrase out loud, usually with hilarious changes! Rotate play so that someone new is at the end each time. For an interesting twist, create two teams and have them compete to see who can pass the phrase along the fastest and keep it the most accurate.

What other last-minute mutual ideas have you done that have been a success (or a disaster)? Let us know in the comments!