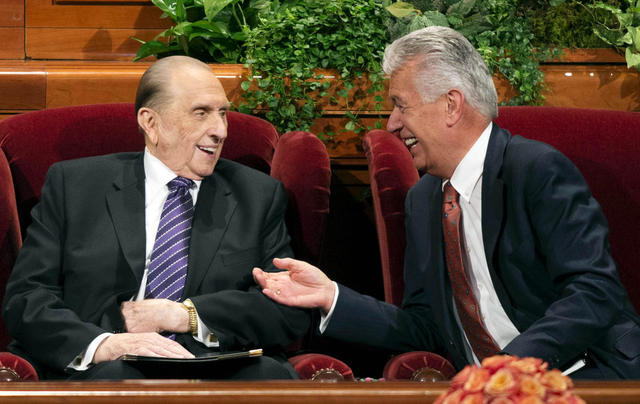 Thomas S. Monson was well-known for his humor, intelligence, and strong testimony of Christ. He preached repentance, forgiveness, and love to all who heard him. He passed away on Tuesday, January 2, and we will miss him dearly. Here are some of our favorite moments from his time as prophet of The Church of Jesus Christ of Latter-day Saints.

Thomas “Tommy” Spencer Monson was born August 21, 1927, in Salt Lake City. He married Frances Johnson in October 1948 and they became the parents of three children. He served as bishop, mission president, apostle, and prophet.

President Monson had some memorable, funny, touching moments as the prophet. Here are a few that we will remember with fondness:

1. When he wiggled his ears in conference.

Attendees of the April 2008 priesthood session laughed along with President Monson when he told the story of the boy he wiggled his ears for in a stake conference—an action he repeated from the pulpit and that brought a smile and a laugh to all watching. Watch it in the story below.

2. When he told the story of how he accidentally set fire to a field.

In the April 2013 general conference, President Monson told a story of when, as a child, he and a friend thought that the most effective way to get rid of weeds would be to burn them, using matches they were forbidden to play with. Needless to say, things didn't go according to plan—a point emphasized by President Monson's facial expressions and occasional eye-rolls as he told the story. We will always remember his humor and wisdom as he shared these memorable analogies from his own life.

3. When he announced the missionary age change in October 2012 conference.

The gasps heard round the world were deafening when President Monson stated changes to the missionary age requirements, lowering service age from 19 to 18 for young men and from 21 to 19 for young women. (Watch starting at about 4:30 in the video below to skip directly to the announcement.)

4. When he visited 84 widows as a young bishop.

Always an example of searching out the one and taking care of those in need, we will remember fondly the stories of a young Bishop Monson bringing good cheer to each and every one of the 84 widows in his ward.

5. When he announced the building of the Provo City Center Temple.

After the 112-year-old Provo Tabernacle burned down in December 2010, one of the last things Church members expected to hear was that the burned-out shell would become the exterior of new temple. But that is exactly what President Monson announced in the October 2011 general conference, to everyone's great excitement!

6. When he shared the "Warm Fuzzies" story.

In his October 2009 address, he shared his love of service by telling the story of Primary children who sent him their recorded acts of service in various forms, including one who sent a jar of "warm fuzzies." We will always remember his love of service and his encouragement to each of us to look outside ourselves and "rescue" those in need.

7. When he made friends with a boy at conference.

At the end of the October 2013 conference, as he was leaving, President Monson unexpectedly stopped to shake the hand of a young boy from the audience and talk to him briefly. We'll always remember his love and consideration for little children. 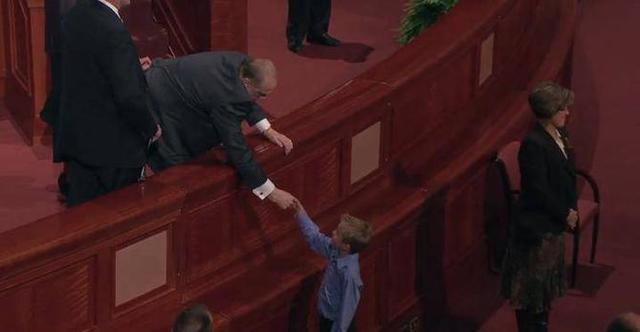 We will also remember the 21 temples President Monson dedicated during his service in the Church: 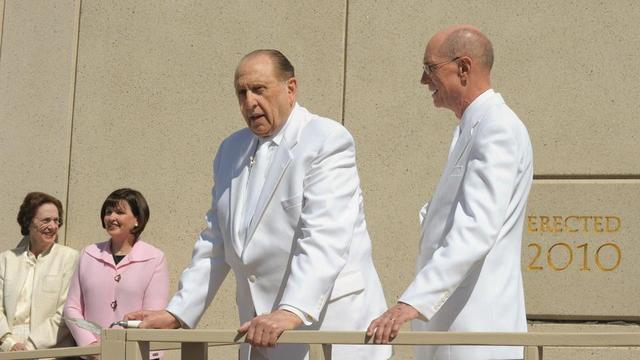 Keep President Monson's inspiring messages alive in your home with A Future As Bright As Your Faith.