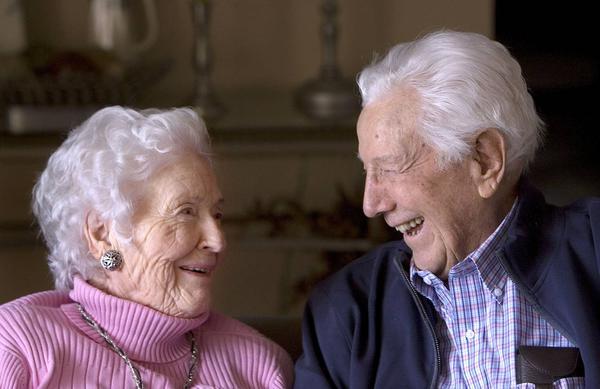 77 Years of Marriage and Kisses Goodnight

Asked how his marriage has lasted 77 years, Chester Memmott turns to his bride, Esther, and says, "It's my wife's fault. You took too good care of me."

"Yes, I waited on him hand and foot. And I milked the cows, too," she says, softly laughing.

Valentine's Day marks 77 years, two months and 15 days of marriage for the couple who met as teenagers. Now in their 90s, the Memmotts still hold hands and observe a nightly ritual of saying their prayers followed by three kisses and an "I love you."