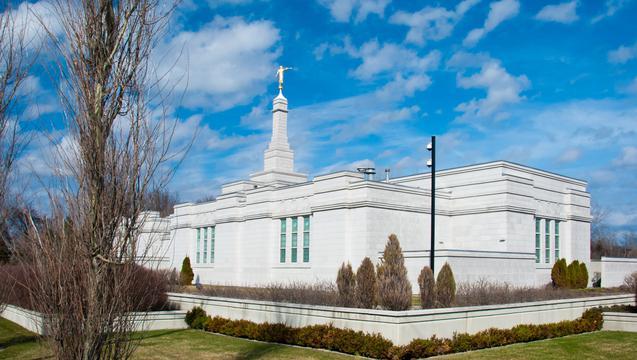 The First Presidency has announced another temple open house and dedication to be held in 2015. The Montreal Quebec Temple, which has been under renovations, will host an open house starting Thursday, November 5, and ending Saturday, November 14. The open house will not run that Sunday, November 8.

A cultural celebration will be held one week later on Saturday, November 21, and the temple will be rededicated the day after, Sunday, November 22.

The temple was originally dedicated by President Gordon B. Hinckley on June 4, 2000. LDS Church Temples reports that the Montreal temple was "closed for a complete renovation of the interior and exterior. Wooden framing was replaced with steel, and a mold problem was remediated. In addition, the ordinance rooms were decorated with beautiful landscape murals, and the exterior was altered to give the edifice a unique appearance."

The Montreal Quebec Temple is the seventh temple that is scheduled for dedication or rededication in 2015. The other six include:

Learn more about the Montreal Quebec Temple at mormonnewsroom.org