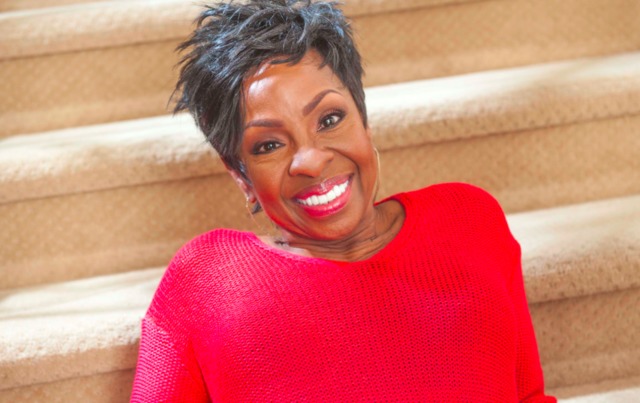 Life in the spotlight comes with unique challenges. But despite their fame and fortune, these famous Latter-day Saints found the gospel and happily became members of The Church of Jesus Christ of Latter-day Saints.

Gladys Knight’s faith in God has been a driving force throughout her life, and her thirst for light and knowledge, along with the example of her children, helped prepare her to accept the gospel, and become one of the most beloved famous Latter-day Saints.

At her daughter’s invitation, Knight began attending Relief Society. “After a while, Kenya told me, ‘Mom, it’s time for you to talk to the missionaries.’” And so she did.

“When the missionaries came to my house, we had the most beautiful prayer,” Knight recalls. “I loved the fact that when they came in they did not try to sell me on the Church—they just told me about the gospel. My mom, who I consider to be the most spiritual woman I’ve ever met, wasn’t a member, but she said, ‘You go.’ Those were basically her last words.”

Knight joined the Church in 1997 and was baptized by her son Jimmy. “I feel so blessed because my son held the priesthood and was able to baptize me,” she says. “It is such a precious thing to me. I was overjoyed.”

Read more about Gladys Knight's conversion here, as well as her thoughts on race and religion.

And don't forget to check out her one-of-a-kind CTR ring!

After overcoming years of drug and alcohol addiction, radio and TV show personality Glenn Beck got his life together. Then he met and fell in love with Tania, the woman who would become his second wife--but she wouldn't marry him until they found a religion.

The couple, along with Beck's two daughters from his previous marriage, began attending every kind of church they could find. So when longtime friend and business partner Pat Gray found out, he insisted that they give The Church of Jesus Christ of Latter-day Saints a try.

"Mary [Beck's oldest daughter, who has cerebral palsy] was the first one to feel the Spirit," says Beck. "As we were walking out of the chapel, there was a Dunkin' Donuts coffee calling my name. The girls didn't like the church tour at all, but Mary asked, 'Can we go back there?' It stopped us dead in our tracks. She said, 'I just feel so warm inside.'" Glenn agreed to keep going until someone said something that made him mad, which he thought was sure to happen. But it didn't happen, and soon Beck was seriously investigating the Church.

Gray baptized Beck on October 23, 1999. By joining the Church, Beck finally found meaning in his life and a new outlook.

"The great thing about the gospel is that we know the end of the story," he says. "My perspective has totally changed."

As Bailey’s NBA career was coming to an end, he got an offer to play basketball in Italy. He accepted, and in 1995, he flew to Italy ahead of his wife to find housing. While there, he contacted the LDS missionaries. After several discussions, Bailey surprised his wife by calling to tell her he wanted to be baptized. At the end of 1995, Bailey was baptized by his father-in-law in Italy. In 1997, Thurl and Sindi Bailey were sealed in the Bern Switzerland Temple.

BONUS FACT: Thurl Bailey has an incredible singing voice and has even released a CD. He also played Goliath in the Bible series by Liken The Scriptures.

Best known for his roles as the bumbling radio station manager Arthur "Big Guy" Carlson in the TV series WKRP in Cincinnati and "Chief of Police Tinkler" in the TV sitcom Soap, actor Gordon Jump got his start in a small California theater owned by Nathan and Ruth Hale. When he landed a part in a play about Latter-day Saints, he began to have questions about the religion.

The Hales's son-in-law Alan Dietlein gave Jump a copy of A Marvelous Work and a Wonder by LeGrand Richards, and Jump joined the Church in the 1960s.

BONUS FACT: Gordon Jump has a cameo appearance in the LDS comedy The Singles Ward, which was produced by Kurt Hale, grandson of Nathan and Ruth Hale.

Until Dean Jagger starred in the 1940 film Brigham Young, Frontiersman, he was a little-known actor. However, he went on to star in White Christmas and Twelve O'Clock High, for which he won an Academy Award for Best Supporting Actor.

Jagger became very interested in Brigham Young after landing the role, and after then-prophet Heber J. Grant praised his performance in the film, he began studying the gospel. Jagger ultimately joined the Church in 1972 after marrying Etta Mae Norton, who was a Latter-day Saint.

Dean Jagger donated his awards, personal papers, and memorabilia to the Harold B. Lee Library at Brigham Young University.

Kelly Packard in an interview on The Gregory Mantell Show

Actress and mother of four Kelly Packard got her start in Hollywood at a young age, with guest appearances on television shows like The Wonder Years and Blossom. She is best known for her roles as Tiffany Smith on California Dreams, April Giminski on Baywatch, and as co-host of Ripley's Believe It or Not!

Packard joined the Church as a teenager, and in 1997, she married Darrin Privett in the temple.

Last year, during an appearance on Celebrity Wife Swap, Packard addressed her family's LDS faith saying, "We do not allow any alcohol, coffee, tea, or tobacco in the house. We have rules. With our kids, we limit the amount of time of television they watch and what they wear. I want them to grow up as kids. I don't want them to be exposed to anything before they have to be."

In 2004, popular British singer Morrissey organized a reunion concert for the New York Dolls in London. Before the show, Kane explained the Word of Wisdom with other band members and said that tithing was a “pretty good deal.”

Ricky Schroder has spent most of his life in show business. As a child, he starred in the '80s sitcom Silver Spoons and successfully transitioned into a serious adult actor, starring in NYPD Blue and the western mini-series Lonesome Dove. In 2004 he began writing and directing, and he now has his own production company.

Schroder married Church member Andrea Bernard in 1992. Despite taking the missionary discussions while they were dating, and again after they were married, he was not receptive to the gospel. At a 2008 single adult conference, Schroder explained, "I convinced myself I didn’t need [religion]. . . . I had this sort of paranoia that [people at church] just wanted to be friends with me because I was famous or something. I couldn’t understand that they were really happy and they really did care about me."

But Schroder surprised his wife when, after nearly eight years of marriage, he said he wanted to get baptized. So his father-in-law baptized him in April of 2000.

"The greatest decision I ever made, besides marrying Andrea, was to ask with faith if Jesus was the Son of God, and if He was real . . . and if the Book of Mormon was true," Schroder said. "Since gaining a testimony of our church and getting baptized, I can’t tell you how much my life has changed in my perspective, my relationships with my friends and my family, and how my talent has changed."