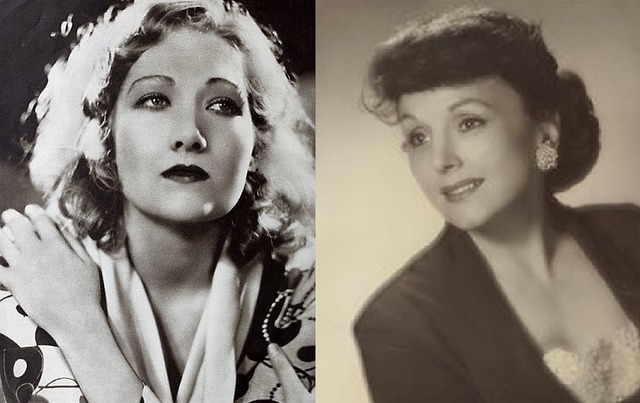 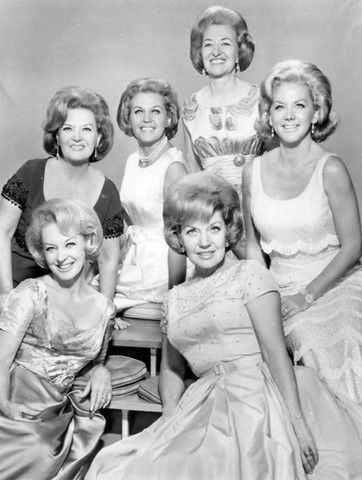 The King Sisters—Donna, Yvonne, Louise, and Alyce—were the dynamic, swinging sisters of the Big Band era. Their billing as the most technically accomplished vocal group was not hyperbole. Their “unfailing sense of rhythm, perfect intonation and bubbly personalities” won the heart of America. What Americans did not know was that family came before show business in their lives.

By 1935 the sisters took their father’s middle name, King, and formed the King Sisters. That year, they accepted their first on-the-road employment with bandleader Horace Heidt. “Heidt was hard to please, very strict,” recalled Donna. Due to Heidt’s uneven temperament, the King Sisters left his band and joined legendary guitarist Alvino Rey and his orchestra.

Their first smash hit was a vocal version of the Glenn Miller hit “In the Mood.” This was followed by a concert at the Pasadena Civic Auditorium, where more than four thousand fans came to cheer for them. “That’s when we realized just how many people were listening to our KHJ broadcasts,” said Donna. The broadcasts had made them radio stars. Over the airwaves, their lively personalities were almost as important as the songs they sang.

In 1939 the King Sisters were asked to join the Glenn Miller Orchestra. The temptation to ditch Alvino Rey was real, but loyalty was at stake: by this time, Rey had married one of the King Sisters. Ever true to family, the opportunity was declined. Most critics say that this decision was not in their best interest.

“We had lots of opportunities to make major career moves that definitely would’ve made the King Sisters more successful, but we always followed our hearts and did what we thought was right for our families,” said Donna. “I wouldn’t trade what we have now for anything in the world, which is all our family who support and really care about each other.”

► You'll also like: Did You Know the First Woman Mayor with an All-Woman Town Council Was a Latter-day Saint?