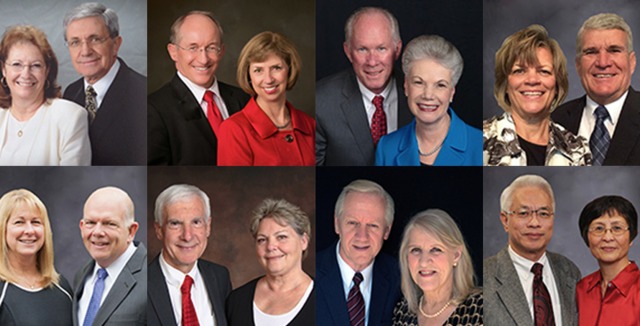 The First Presidency has called the following eight new temple presidents and matrons:

Sister Allred is a ward organist and pianist and has served as ward Primary president, Young Women adviser, and temple ordinance worker. She was born in Afton, Wyoming, to Gleno Welker and Renee Pendleton Draney.

Sister Brinkerhoff serves as a director of public affairs. She served with her husband as he served as a mission president. She also served in stake and ward Relief Society and Primary presidencies, as ward music chair, and as a temple worker. She was born in Ogden, Utah, to Blain S. and Opal L. Gailey.

Lead image of the London Temple from LDS Church Temples.