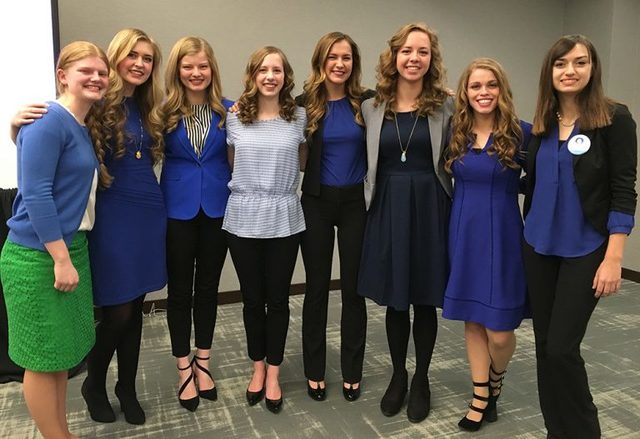 8 Young Women Speak at United Nations: "We Are Empowered by Our Feminine Nature and Our Procreative Power”

Eight presenters, ages 16-19, spoke at the United Nations in a presentation that reflected the eight Young Women values. In their message, the shared, “We need the United Nations to listen to our voices . . . We are empowered by our feminine nature and biology, and we honor our procreative power.”

On Monday afternoon, the United Nations in New York declared it was canceling all official events for Tuesday, March 14, on account of a major winter storm, which was expected to drop up to 18 inches and to close public transportation.

Big Ocean Women (a Utah-based, faith-based grassroots organization) had two events scheduled for Tuesday, but because both presentations were across the street in the One UN Hotel instead of inside the official U.N. headquarters, the group still chose to hold their classes and even saw the closure as a benefit.

“Women had come from around the world for the Commission on the Status of Women, and our event was one of the only options for attendees due to the weather,” says Amanda Wilkinson, youth delegation leader for Big Ocean Women. “The turn of events actually worked in our favor.”