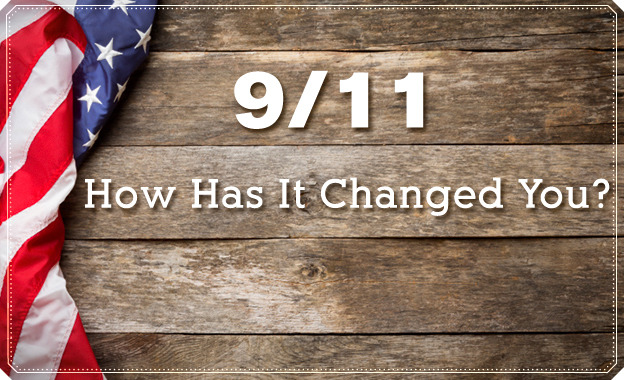 Not since John F. Kennedy was shot has the question “Where were you?” resonated with so many Americans. Most remember exactly where they were on September 11, 2001, when they learned of the terrorist attacks. And those who witnessed the events firsthand or lost loved ones that day have an indelible experience carved into their souls that few can comprehend.

While writing Remembering 9/11: An LDS Perspective in 2011 for the ten-year anniversary of the terrorist attacks, I was faced with the difficult and delicate task of asking family members of 9/11 victims, and others who were directly impacted by the events of that day, to share their stories with me so I could, in turn, share them with you. Their hearts were tender, and tears were close to the surface for many, but their spirits were strong as they recounted their experiences while expressing faith in the gospel. I am forever grateful to all of them for opening their lives to me for a small moment so that we could have the privilege of reflecting on 9/11 in a new, deeply personal light.

Unfortunately, due to space constraints in the September/October 2011 issue, I was forced to leave out many powerful, insightful experiences and perspectives, like then–stake president Brent Belnap’s account of walking through the dust cloud in Manhattan after both towers had collapsed and coming upon the haunting image of a hospital with teams of doctors and nurses waiting to help the injured that, with a few exceptions, never arrived. Or Norm and Margaret Wahlstrom’s experience of having their home swarmed by newspaper and television reporters just moments after they learned that Norm’s mother and sister perished aboard American Airlines Flight 11—the first plane to strike the World Trade Center.

As for my 9/11 experience, I was living just an hour outside of New York City at the time. I was playing blocks with my 18-month-old son while watching the Today Show when I saw the events unfold on live television. I remember the feeling of panic, wondering how much more was going to happen, and how I would protect my child and myself with my husband away at work. Was this the start of a war? Were there more attacks on the way? How close would they get to our home? Would we need to evacuate? Would the terrorists’ next target be the nearby nuclear power plant? The uncertainty was overwhelming, and for the first time in my life, I felt unsafe on U.S. soil.

Forty-six people from our community in Connecticut were killed that day. In the weeks that followed, there was a deep sense of shock and grief. Perhaps the most poignant memory for me was seeing the streets lined with thousands of mourners as a fire truck carried the casket of a fallen firefighter from our beautiful downtown cathedral to a nearby cemetery.

September 11, 2001, is a day that changed the world forever, and I know that I, like millions of others, will never be the same.

In one example, Victor Guzman, who formerly worked in the World Trade Center, shared how his perspective was forever altered: “For me, priorities changed almost overnight.” He explains, “I took the job at the World Trade Center for more money, but I was commuting nearly four hours a day. Now my family is my priority. Money is tight, and I have a wife and five children at home, but the sacrifices have been worth it.”

Guzman also goes out of his way to pay compliments to people rather than complain. “People deserve to feel better about their day,” he says. “When you make someone feel good, then you feel good.”

So, where were you on 9/11, and how has it changed you? Share your story with us by commenting below. And be sure to watch this I'm a Mormon video to hear Victor Guzman share his 9/11 story.