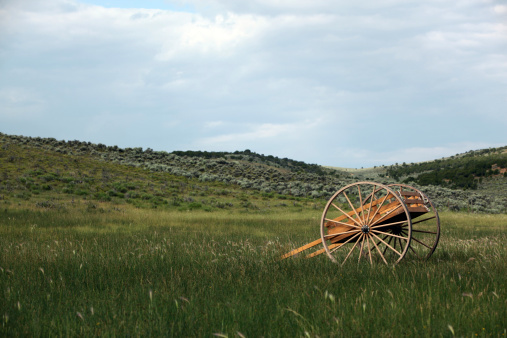 9 Fascinating Insights into Pioneer Life in 1847 Compared to Today

It can be hard to imagine what life was like for the pioneers. We read stories of their miracles and tragedies, but what about the time in between? What was daily life like? Comparing certain aspects of our lives to their's side-by-side may help you better understand and appreciate how life has changed since 1847. Here are nine glimpses of life from a pioneer's perspective:

•1. It took 95 days to travel across the pioneer trail by wagon. Today it would take two hours by plane.

•2. Pioneer companies could move 15 miles a day on average. Today, a car going 35 miles per hour could cover that same distance in about half an hour.

•2. Communication while on the plains was spotty at best. Sometimes messages were left on  posts or bleached buffalo skulls for the next passer-by: 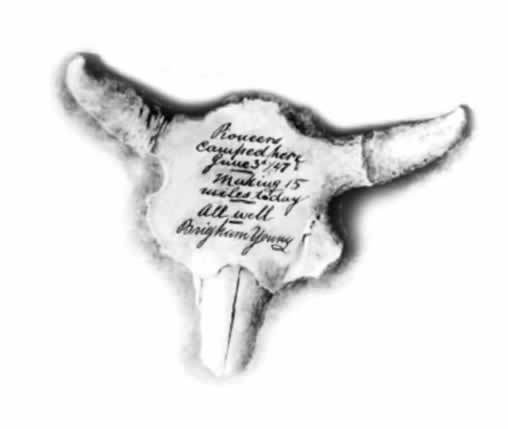 Replica of a buffalo skull used as a trail marker. Image from "Wagons West" by Richard E. Turley Jr. and Lael Littke

Today, a piece of First-Class Mail sent from New York City will reach anywhere in the continental US in three (or less) days. And that’s not even mentioning instantaneous texts or emails.

•4. In March of 1830, the first edition of the Book of Mormon was sold for $1.75 per copy. That doesn’t sound too bad until you realize that is an average worker’s two days’ earnings. Today, a pocket-size paperback Book of Mormon can be bought for four dollars.

•5. One of the leading causes of death among pioneers was sickness, such as cholera or diarrhea. Today in the entire United States there are, on average, six cases of cholera annually.

•6. Here is a sample of the types of food the pioneers would have had available to them on their trek: flour, sugar, lard, biscuits, cornmeal, rice, dried beans, dried fruit, molasses, vinegar, salt, pepper, bacon, and what meat they could hunt along the way. Today, a traveler in the United States could choose anything from a number of grocery stores to one of McDonald’s 36,000+ locations across the country.

•7. The Deuel pioneer home is one of two surviving homes built by pioneers once they reached the Salt Lake Valley. It currently sits on display on Temple Square in between the Family History Library and the Church History Museum. The home is 15 feet by 20 feet and would have likely been shared by six or seven people. Today’s homes give that much space just to the car: An average one-car garage is 12 feet by 22 feet. 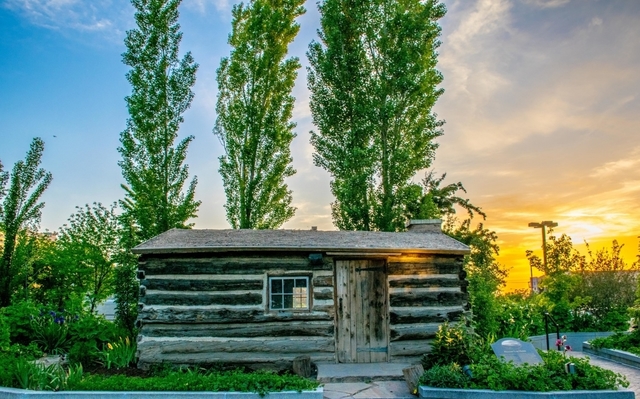 •8. Pioneers’ bathing habits along the trail could be quite irregular. They would bathe in rivers along the way, sometimes building dams to create small pools. Often, however, the same river they showered and used the bathroom in was also used for drinking, cooking, and cleaning up after meals. (As you can image, this contributed to the disease problems.) Today, most of us are accustom to showering in warm water nearly every day!

•9. Laundry was also no easy feat. Dust kicked up from the wagon meant everything was always dusty. Read one of Heber C. Kimball’s entertaining, yet frustrating, experiences trying to get his clothes clean:

"My first attempt at washing my clothes took place at Salt River. My shirts being extremely dirty, I put them into a kettle of water and boiled them for about two hours, having observed that women who washed boiled their clothes, and I supposed by so doing they boiled out the dirt; I then took them and washed them, endeavoring to imitate a woman washing as near as I could. I rubbed the clothes with my knuckles instead of the palm of my hand, and rubbed the skin off so that my hands were very sore for several days. My attempts were vain in trying to get the dirt out . . . and finally gave it up, and wrung them and hung them out to dry. Having no flat irons to iron them, I took them to Sisters Hollbrook and Ripley to get them ironed. When they saw them they said I had not washed my clothes. I told them I had done my best, and although I had boiled them two hours before washing, and had washed them so faithfully that I had taken the skin off my knuckles, still I had not been successful in getting the dirt out. They laughed heartily, and informed me that by boiling before washing I had boiled the dirt into them." 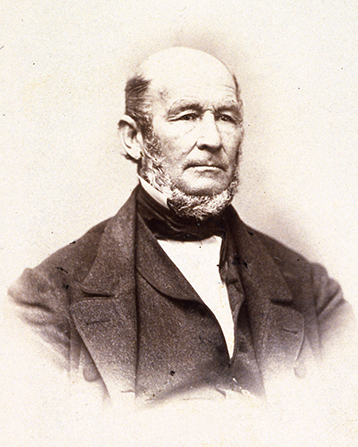 Today, over 85 percent of Americans own a washing machine. These provide clean clothes in about an hour without much effort, and you get to keep the skin on your knuckles.