With the Salt Lake Temple closing for four years, Temple Square will be undergoing some changes. Here's a look back at famous people of various faiths and backgrounds who have visited this historic spot which receives 5 million visitors every year.

1. Queen Liliuokalani of Hawaii visited Temple Square on November 26, 1896, as shown in the register records for Temple Square. Ten years after her visit, Her Majesty was baptized as a member of the Church.

► You'll also like: 12 Times US Presidents Spoke in the Tabernacle

2. Prince Ata of Tonga was baptized as a member of the Church of Jesus Christ of Latter-day Saints in 2015. In July 2016, a year after his baptism, Prince Ata of Tonga paid a visit to Temple Square. Local Church leaders accompanied him on a tour of Church headquarters, and there he met with Elder Neil L. Andersen of the Quorum of the Twelve Apostles. He also met with two former Tonga mission presidents, Elder John H. Groberg and Elder Eric B. Shumway, according to Church Newsroom. 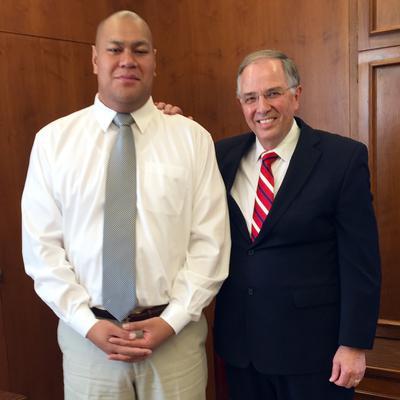 3. Jimmy Stewart, famous for his roles in It’s a Wonderful Life and Rear Window, starred in the 1980 Church-produced movie Mr. Krueger’s Christmas later in his life. He visited Temple Square during the filming for the Christmas movie, acting out scenes of dreaming about a winter dance at Temple Square and conducting the Tabernacle choir. Church leaders thanked Stewart by presenting him with an extensive family history which he called “Amazing.” 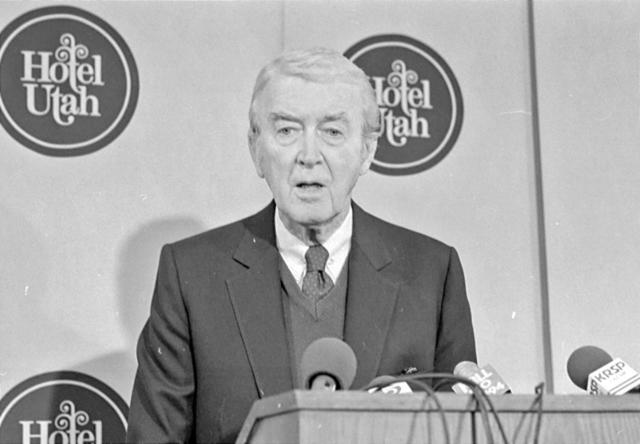 4. Sir Arthur Conan Doyle arrived in Salt Lake City in 1923 on rocky terms with the Saints due to some anti-Church sentiments in his book A Study in Scarlet—the first Sherlock Holmes book he ever wrote. Despite protests, the author spoke in the Salt Lake Tabernacle and later acknowledged his writing had been based on false writings of others. Doyle’s daughter, Dame, stated, “You know Father would be the first to admit that his first Sherlock Holmes novel was full of errors about the Mormons."

5. Helen Keller paid a visit to Temple Square in 1936. When the American Printing House for the Blind printed a seven-volume Braille edition of the Book of Mormon, President Heber J. Grant was able to present it to Helen Keller, and they invited her to speak in the Salt Lake Tabernacle the next day. When she finished speaking, she asked President Grant to play “Come, Come Ye Saints.” He then led her to the organ so she could feel the vibrations as the song was played. Latter-day Saint poet Emma Lou Thayne, who was there in person that night, said Keller began to cry as she felt the vibrations of the song.

6. Oscar Wilde may not have left a good impression on Utah by describing the Salt Lake Tabernacle as “the shape of a soup kettle with decorations suitable for a jail,” but he did visit Temple Square as a prominent celebrity to give a lecture on aesthetics in the Salt Lake Theater. Records show that the author of The Picture of Dorian Gray was favored with a personal visit with President John Taylor and a tour of the city in April 1882.

7. Col. W.F Cody, also known as Buffalo Bill, and 300 other guests from his performing group were invited to the Tabernacle on Temple Square for an organ recital while they were in town. In addition to attending the recital, Cody spoke with the First Presidency for about an hour and a half at the Beehive House. Cody most enjoyed the Tabernacle, describing it as, "The most marvelous building, all things considered, I was ever in." He also complimented the organist with the comment, "Why, he makes that grand old organ talk." 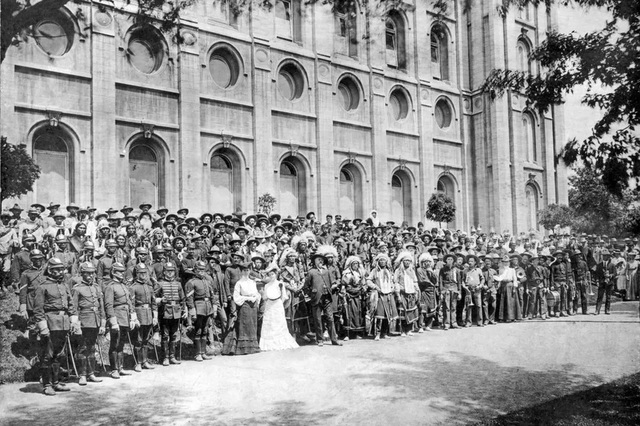 8. Charles Dickens Jr. left his signature on the Temple Square registry in 1888. While it’s unknown if he had any thoughts about his visit, his father, Charles Dickens Sr., was quite impressed with Latter-day Saints, having met many of them on a ship more than a quarter of a century earlier, saying, “it impossible to deny that, so far, some remarkable influence had produced a remarkable result, which better known influences have often missed.”

9. Susan B. Anthony, who spent her life advocating for women’s right to vote in the United States, spoke many times at the Salt Lake Tabernacle on Temple Square. In one instance, she spoke to a crowd of about 6,000 during the Rocky Mountain suffrage convention. She said in that conference, “Justice is what every human being longs for,” she said, “and therefore I today congratulate you upon this auspicious moment when the Territory of Utah is about to become a state, that the women who for the last few years have been disfranchised—not by the law of the Territory, but by national legislation—will be restored to their just right.” Anthony was so popular and admired by the Utahn people that after she died, a memorial service was held for her inside the Tabernacle. 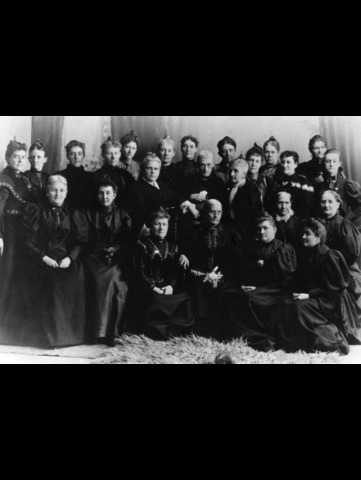 Photo of Martha Hughes Cannon and other Latter-day Saint women with Susan B. Anthony and other suffragists from the Utah State Historical Society