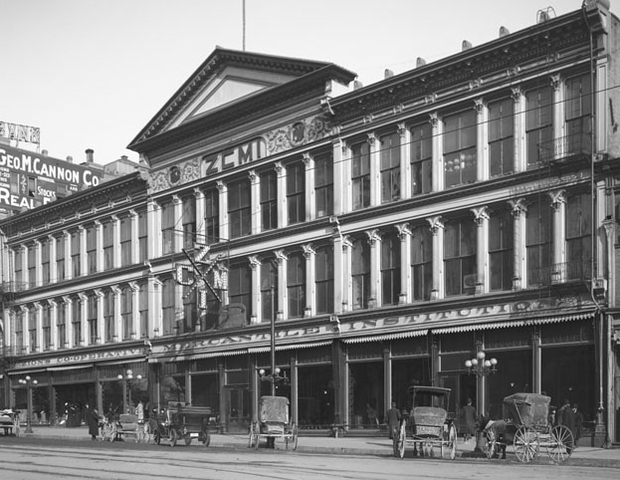 Most of us have heard of Ephraim Hanks, Porter Rockwell, Eliza R. Snow, and many other high-profile pioneers who accomplished notable events during the early years of the Church. But there are also others who were influential members of the Church who impacted the Latter-day Saints as well as the outside world. Here are just a few significant pioneers that you may never have heard of before. 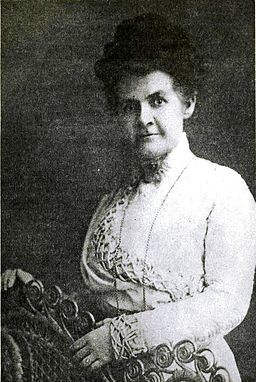 Martha Maria Hughes Cannon kept the pioneer spirit going long after the last handcarts and wagons entered the valley. Breaking stereotypes of the time, she was a typesetter at the Deseret News and Woman’s Exponent by the time she was a teenager and was enrolled in medical school by 1881. A highly educated woman, she became involved in politics later in life and ran for state senator in 1896. She ran as a Democratic candidate against several other candidates, including her Republican husband, and won, making her the first woman to hold the office of state senator. During her time as senator, she focused her efforts on medical concerns and helped start a state board of health.

- Served on the Utah Board of Health

- Continued practicing medicine until her death 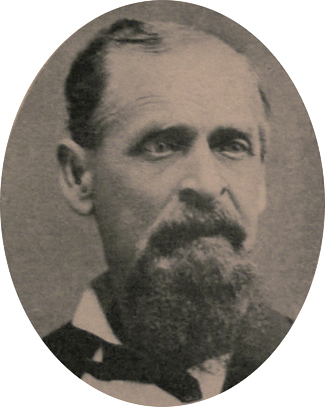 Henry Grow Jr. grew up in Philadelphia, where he learned from his family how to build bridges. He was the superintendent of bridge construction for the Philadelphia, Germantown, and Norristown Rail Road Company before he was baptized in May of 1842 and moved to Nauvoo a year later. While there, he helped with the Nauvoo Temple. His knowledge and experience with bridge-building proved a blessing once he moved to Salt Lake and was appointed the superintendent of Temple Square (then called Temple Block). There he designed the Tabernacle’s bridge-like roof, the Assembly Hall, the pioneer Social Hall, and the Salt Lake Theater.

The Tabernacle has since been named a National Historic Civil Engineering Landmark, and artifacts and a few exhibits about Grow’s Social Hall still exist under Salt Lake’s Main Street. He later went back to Pennsylvania during America’s Centennial to serve a mission and was remembered by thousands for his kindness.

Other notable projects by Grow:

- First suspension bridge in Utah Territory, over the Ogden River 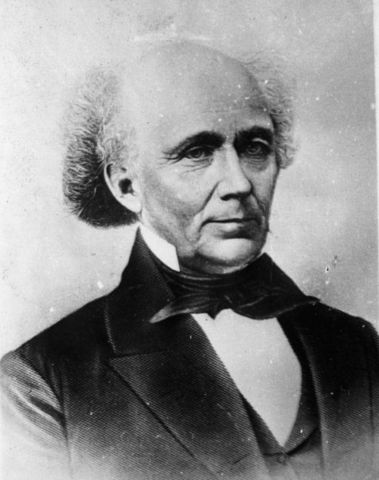 John Milton Bernhisel was a close friend of the Prophet Joseph Smith and was living in the Smith’s Mansion House when Joseph was killed. He was also the one who prepared the martyred brothers’ bodies for burial.

Shortly after moving to Salt Lake City, Bernhisel was unanimously elected as Utah’s first delegate to the National Congress. He left for Washington to petition Congress for statehood for what the Saints hoped to call “Deseret.” He spent considerable time in Washington lobbying for communication and transportation improvements, such as the National Central railroad and the first postal service between the east coast and Utah, both of which happened during Bernhisel’s service.

Other things of note:

- Delivered the last child of Joseph and Emma Smith, after Joseph’s assassination

- Obtained funds for the first library in Utah

Cora Georgiana Snow—Pioneering Woman in the World of Law

Cora Georgiana Snow, who went by Georgia, was 8 years old when her family left for Utah Valley. Following in the footsteps of her father, who became attorney general for Utah Territory, Georgia studied law with her father and served as his law clerk. By the time she was 30, she became one of the first two women admitted to the Utah Bar and joined the Utah Supreme Court. She was also an alternative delegate to the 1892 presidential convention.

Year he came to Utah: 1847, as part of the first pioneer company with Brigham Young

Rodney Badger joined the Church with his family in 1838. As a woodsman, scout, and swimmer, he spent his time serving others and helping guide other pioneer companies to the Salt Lake Valley. While acting as sheriff, on April 29, 1853, Badger jumped in the Weber River to help save a mother and her children. The water sucked him and two of the children to their deaths, and today Badger is still recognized as the first officer in Salt Lake who died in the line of duty. 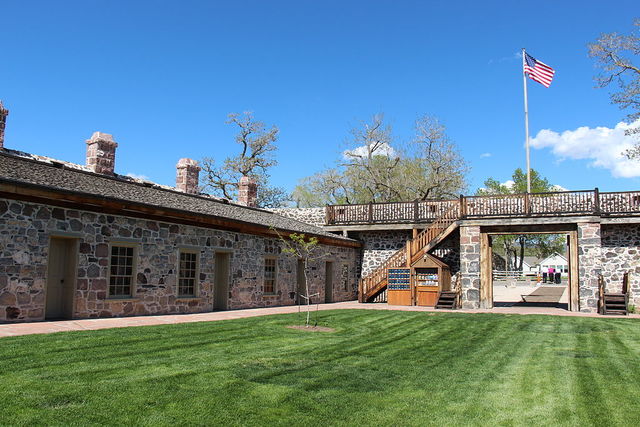 The grandfather of President Gordon B. Hinckley, Ira Nathaniel Hinckley was a key leader who helped not only Latter-day Saint pioneers but travelers from all over headed to build new lives in the West.

He built historic Cove Fort near Beaver, Utah—a place where stagecoaches, the Pony Express riders, and telegraphs arrived daily. Sister Hinckley fed dozens of strangers each day at the fort, and the fort itself provided a good resting point and place for travelers to replenish their water supply on their way from the Salt Lake area to St. George. 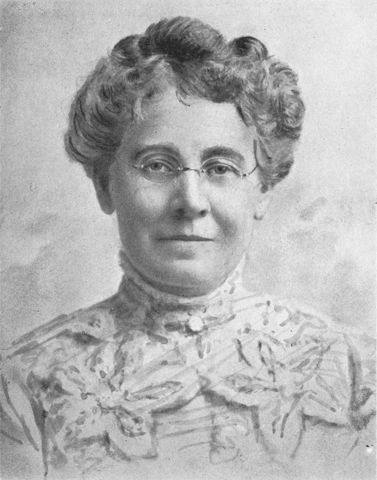 Though not a plains-crossing pioneer, Emily Sophia Tanner Richards was born during the early days of the Salt Lake Valley. Daughter of Nathan Tanner, who was a member of the early Zion’s Camp march, she married the well-known Latter-day Saint attorney Franklin S. Richards. Richards played a big role in the push for women’s suffrage. She was a member of the Relief Society General Board for more than 30 years and was endorsed by Church leadership to create a Utah chapter of the National Women’s Suffrage Association in 1889. Through her involvement with women’s suffrage, Richards became friends with well-known women such as Susan B. Anthony, Anna Howard Shaw, and Carrie Chapman Catt.

Other items of note:

- Represented the Relief Society at the first International Council of Women in Washington D.C. in 1888

- Was an alternate delegate to the 1896 Democratic National Convention 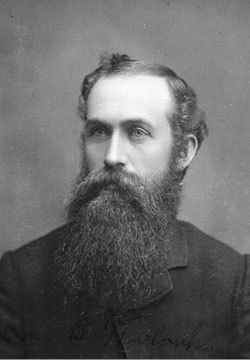 He was sent to France as an art missionary with Lorus Pratt and John Hafen. While there, they studied at the Academie Julian. Upon his return, he was responsible for some of the stunning paintings on the walls of the Salt Lake Temple, and later the Mesa Arizona Temple. The murals still stand, as do his small initials on one of the walls and continue to bring a special spirit to those attending the temple in Salt Lake.

Solomon Henry Hale came to the Salt Lake Valley as a young orphan with a few of his siblings. Nearly 10 years later, he helped on a ranch, breaking in new horses for the Pony Express. In 1862, Abraham Lincoln called for volunteers from Utah to help protect the mail and telegraph lines, which were being attacked by Native Americans. Hale joined this expedition and was appointed wagon master. The First Presidency told Hale and the other Utah volunteers to act as sort of missionaries, striving to “establish the influence God has given us . . . be kind, forbearing, and righteous in all your acts and sayings in public and private . . . that we may greet you with pleasure as those who have faithfully performed a work worthy of great praise.” The service provided by these men contributed to the dissolution of the Pony Express in favor of the faster communication methods such as the telegraph. 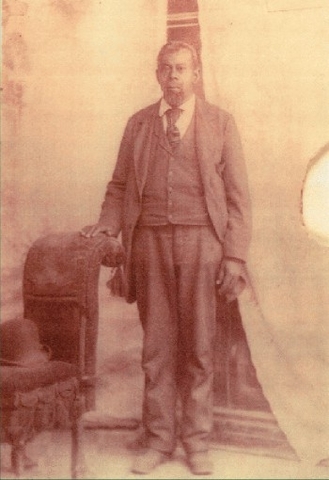 Born in North Carolina in the mid-1820s

Green Flake was born on a North Carolina plantation and was a slave to James and Agnes Flake at the time that the Flakes were baptized into The Church of Jesus Christ. After the Flakes joined the Saints in Nauvoo and Winter Quarters, they sent Green ahead with the vanguard pioneer company to prepare a home for them. Green built a comfortable log cabin for the Flake family, where they lived until James passed away and Agnes moved to Calfornia, leaving Green behind in Salt Lake. Green married a fellow convert and lived the rest of his life in the valley. He was a regular speaker at Pioneer Day celebrations and was a faithful member of the Church throughout his life, despite the challenges facing black members of the Church during his lifetime. At his death, the Deseret Evening News said that "Bro. Flake had reached the honorable age of 76, which means, to all who knew him, 76 years of honest, hard work for the betterment of humanity, and for an exaltation in his Father's kingdom." Read more about Green Flake on the Church's history website.