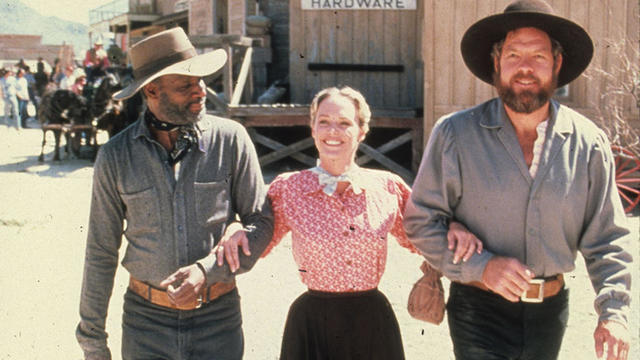 After a highly successful football career, Latter-day Saint Merlin Olsen starred in Father Murphy. Olsen, who was a three-time academic All-American at Utah State University and a Hall of Fame football star, also played the part of Jonathan Garvey in the highly successful Little House on the Prairie television series.

Father Murphy is a heartwarming family drama about a man named John Murphy, who poses as a priest to protect a group of orphans from being sent to a workhouse. Enlisting the help of a local school teacher, Mae, "Father" Murphy organizes an orphanage called Gold Hill School and attempts to provide for two dozen children.

By the end of the first season, Father Murphy and Mae got married and adopted all of the orphans. Father Murphy lasted for two seasons.