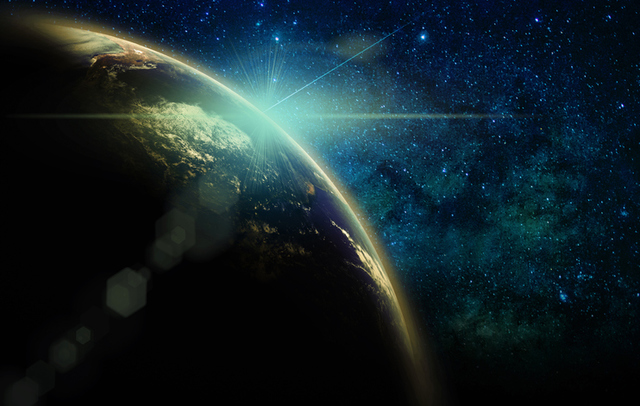 9 Things You Have Forgotten About Your Premortal Life

The Priesthood Existed Prior to This Earth

Prophets of the Restoration have declared that priesthood authority and organization existed in the premortal courts of the Father. The Prophet Joseph Smith stated:

The Priesthood is an everlasting principle, and existed with God from eternity, and will to eternity, without beginning of days or end of years. The keys have to be brought from heaven whenever the Gospel is sent....

[The Melchizedek Priesthood] holds the highest authority which pertains to the priesthood, and the keys of the Kingdom of God in all ages of the world to the latest posterity on the earth; and is the channel through which all knowledge, doctrine, the plan of salvation and every important matter is revealed from heaven.

Its institution was prior to ‘the foundation of this earth.'

The Prophet clearly states that priesthood is eternal and that through that eternal channel comes the knowledge and instruction necessary to prepare the spirit children of God for eventual exaltation.

We Had Agency and Could Repent

President Joseph Fielding Smith also stated that individual agency led to different levels of obedience, diligence, and righteousness, which, in turn, resulted in varying levels of progression, of capacities, and ultimately of authority and responsibility.

He said: “God gave his children their free agency even in the spirit world, by which the individual spirits had the privilege, just as men have here, of choosing the good and rejecting the evil, or partaking of the evil to suffer the consequences of their sins. Because of this, some even there were more faithful than others in keeping the commandments of the Lord. Some were of greater intelligence than others, as we find it here, and were honored accordingly.”

Note in the previous statement the phrases "just as men have here" and "as we find it here." From these phrases, we can assume that the premortal spirits had opportunities and requirements to be obedient, diligent, and faithful as do mortals on earth. They were expected to study and learn. They were expected to be faithful in whatever commandments and duties the Father required of them. They were to develop talents, skills, and abilities that would enable them to live more productive and fulfilling lives, both there and here. They were to show love, kindness, patience, and consideration to their brothers and sisters. Each of these expectations is the same "as we find it here."

Whatever other specific expectations and requirements existed there is not revealed. It certainly is logical to assume, however, that premortal spirits were expected to live the same gospel principles, with the exception of earthly ordinances, as men here on earth. Scriptural passages such as Alma 13:3-4 seem to indicate that they exercised faith in Christ and the plan of redemption and repented there as men do here.

It Had Cities, Plants, Palaces, Walks, and Gardens

While nothing has been revealed specifically concerning the appearance of the premortal world, there are some interesting statements from latter-day prophets that shed light on the subject. The premortal estate served as a pattern or type in many ways for this temporal existence as well as for the postmortal spirit world. It is interesting to then "look back" at that premortal home through descriptions of those postmortal realms.

During a tour of the Church in the South Pacific in 1921, President David O. McKay, then a member of the Quorum of the Twelve, had a remarkable vision of the celestial kingdom. His description provides a glimpse of how the premortal heavenly home probably appeared.

I ... beheld in vision something infinitely sublime. In the distance I beheld a beautiful white city. Though far away, yet I seemed to realize that trees with luscious fruit, shrubbery with gorgeously tinted leaves, and flowers in perfect bloom abounded everywhere. The clear sky above seemed to reflect these beautiful shades of color. I then saw a great concourse of people approaching the city. Each one wore a white flowing robe, and a white headdress. Instantly my attention seemed centered upon their Leader, and though I could see only the profile of his features and his body, I recognized him at once as my Savior! The tint and radiance of his countenance were glorious to behold. There was a peace about him which seemed sublime—it was divine!

President Brigham Young spoke specifically of the premortal world when he declared that the spirit children of God were indeed "acquainted with every nook and corner, with the palaces, walks, and gardens" of that realm. Describing the gardens there, President Grant told Heber C. Kimball, "I have seen good gardens on this earth, but I never saw any to compare with those that were there. I saw flowers of numerous kinds, and some with from fifty to a hundred different colored flowers growing upon one stalk." Heber C. Kimball then concluded, "We have many kinds of flowers on the earth, and I suppose those very articles came from heaven, or they would not be here."

We Progressed and Made Friends

There are still other ways that our premortal inclinations may influence our lives here. A somewhat common way is discussed in the following correspondence between Elder Orson F. Whitney and President Joseph F. Smith.

Why are we drawn to certain persons, and they to us, as if we had always known each other? Is it a fact that we always have? Is there something, after all, in that much abused term ‘affinity’ and is this the basis of its claim? At all events, it is just as logical to look back upon fond associations, as it is to look forward to them. We believe that ties formed in this life, will be continued in the life to come; then why not believe that . . . some of them at least, have been resumed in this state of existence?”

So powerful are the predilections acquired in the premortal realm, pointed out President Joseph F. Smith, that even likes and dislikes here in mortality, including our affinity for certain people, are affected. These "memories of the spirit" influence our lives and attitudes here on earth like echoes from eternity.

Remembering Who We Truly Are

As our lives unfold and as we live righteously so that we may begin to know who we truly are, we begin to understand that although there is a testing veil drawn between our first and second estates, it is only a veil and not a wall. Though our memories of that place may be held back, the "principles we attained unto" were packed in our bags and sent with us to earth. If we thoughtfully examine our lives and our inner selves, we will be amazed to discover that many, if not most, of our talents, aptitudes, dispositions, and desires trace their source to our previous existence.

For a more in-depth look into our life before this one, check out Brent L. Top's The Life Before available at deseretbook.com.

The Life Before delves into fascinating topics such as our spiritual origins and capacities, premortal organization and harmony, agency, opposition, foreordination, the eternal nature of the priesthood, and the war in heaven — all elements that are “timeless.” Brent L. Top then shifts to a discussion of “time” — our earthly existence — and the reader learns what the “here and now” has to do with everything that happened “then.”