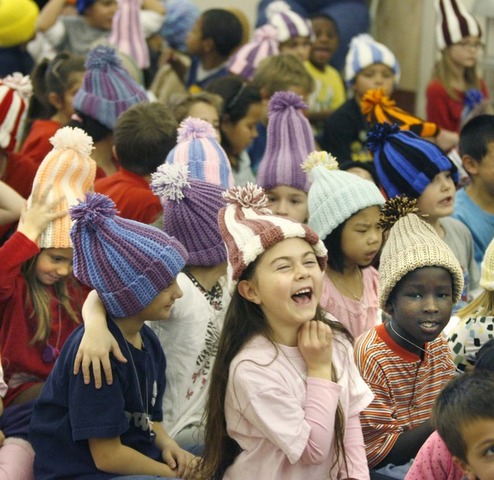 When the curtain opened at the Oquirrh Hills Elementary School auditorium and revealed 540 hand-crafted stocking hats with pom-poms on top, the man who spent a year crocheting the gifts was not there to see the sheer delight on the faces of the children.

He was sitting in the medium-security section of the Utah State Prison, where he has lived for 27 years after his conviction for murder in 1983.

“I do service projects in the name of my victim, Kim Chapman,” said Robert E. Jones in a telephone interview arranged by the prison on Thursday, the day before his creations were distributed to the students at the Title I school in Kearns during a surprise assembly.

Everything Else Service Christmas CrimeService,Christmas,Crime,Everything Else
Comments and feedback can be sent to feedback@ldsliving.com