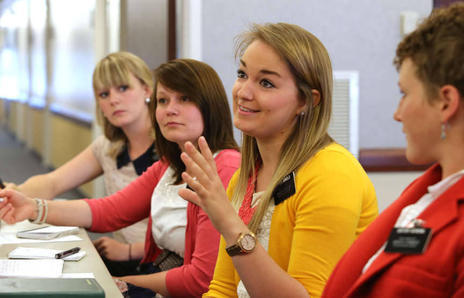 A Good Reason Why the Church Has More Missionaries, But Not More Baptisms

The LDS Church has 15 million members around the world. By comparison, there are 1.2 billion Catholics, according to the Vatican. The Pew Research Center says there are 1.6 billion Muslims.

Cragun said the LDS Church not using more missionaries in potentially fertile conversion areas suggests lowering the age was to prevent young church members from straying from the religion during the gap years that used to come between high school graduation and the start of missions.

Young people, no matter their religion, tend to begin questioning their upbringing and discovering new ways of thinking after leaving home for college, said Jan Shipps, a retired religion professor from Indiana who is a non-Mormon expert on the church.

Added Cragun, "If your goal is to not lose those people, it doesn't matter where you send them."