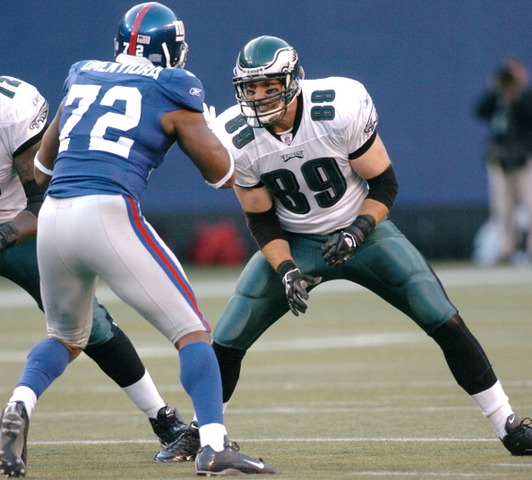 byChad Lewis, excerpted from Surround Yourself with Greatness | May 25, 2019

Before his football career with BYU and the Philadelphia Eagles—as a member of the latter he also became a three-time pro-bowler—Chad Lewis served a mission in Taichung, Taiwan. Though his mission was difficult at times, it was while serving others in Taiwan that he learned some of the most important lessons of his life. It was also during those two years that he was convinced to walk onto BYU’s football team, beginning his prolific career in the sport. The following excerpt includes Lewis describing an experience he had during his mission:

I found a tape of one of Gordon B. Hinckleys talks in our apartment. It was recorded in 1965 at BYU and was titled, “Caesar, Circus, or Christ?” As I listened to him speak about making Christ the central figure in our lives, I also made some decisions that would last forever. I decided that I never wanted to watch an R-rated movie. I never wanted to listen to music that was degrading instead of uplifting. In my journal entry for February 24, 1992, I wrote: “My goal and quest is to surround myself with greatness! Friends, thoughts, movies, books—you name it; only greatness will penetrate the walls of my heart!”

I had a stack of small white business cards that I used to write down any Chinese term that I did not understand. At the end of the day, I could go over the terms that I had written down. I wrote on one of those cards: “Surround Myself with Greatness!”

I made that decision when I still had eight months to serve in Taiwan, and I carried that card with me every day until I went home. For years after I got home, I still kept it in my wallet. The idea was that I wanted to gather a pile of great things around me. In my mind I could see that pile of greatness grow. And as it grew, it would eventually lift me up, and I would grow right along with it. “Surround Myself with Greatness” became a theme for my life.

I started to think about the powerful influence of friends, the effects of music, and the ability of movies and videos to shape our thoughts and feelings. Contemplating the power of these three things filled me with wonder and fright. I thought about the impact these three things had had on my life. I was grateful for the friends I had growing up. I was in awe of their patience with me and their kindness and friendship. I felt as though I were the luckiest guy in the world. . . .

I could imagine the contempt that movie makers had for me as they put together movies with excessive violence and sexual images, which held nothing good for me. I promised myself that I would never watch a lame movie again for the rest of my life. It didn’t matter if it was the most popular movie in the world, if it didn’t fit my standard of greatness, it was out. I was determined to stand my ground, no matter who or what pressured me to watch something that was not up to my new standard.

I thought of the music I had loved before I was a missionary. It had been such a huge part of my life, just as it was for so many of my friends. I realized that music is a powerful motivator for me—for either good or evil. I thought about the “Ode to Joy” that had been such a comfort and inspiration to my dad. Was that music sleazy? Was that music degrading? Was that music full of words that belittled goodness and hope? Did that music tear down? No. It moved Dad to tears, not because it was full of suggestive lyrics or frantic rhythms, but because it was full of greatness—faith, love, inspiration, and joy.

I made a commitment that I would never listen to sleazy or titillating music again. Sure, I had listened to great music before Taiwan, but I had also listened to stuff that I shouldn’t have. . . . Now I would choose only music that was great. I would listen to music that would inspire me to do my best, to be grateful, to treat others with kindness, and to create in me the feeling that I could climb any mountain. I decided I would never again listen to destructive music.

I remembered the atmosphere that my mom and dad created in our family. They surrounded us with great music, fun family activities that brought us together, and wonderful people who enriched our lives. I thought of the family night activities that we did once a week and how much love was created there. We would often drive up the canyon and share a plate of brownies, just to be together. Most of the time it was a simple gathering in our living room where we spent time with each other. I loved those times. I loved the atmosphere and the closeness that they created.

I thought of Dad’s hospital room. He was surrounded there by great neighbors and friends. To someone looking in from the outside, those people might have looked ordinary. But they were great, and they had hearts full of love, concern, and compassion.

Mom and Dad also gave themselves up to much prayer. If his hospital room had been a laboratory where greatness was tested, it could not have delivered better results. It was a breeding ground for miracles. It was an invitation to anything good. It was welcoming to the Lord’s presence. It was the embodiment of what I was feeling when I decided I would surround myself with greatness. That was it. That was exactly what I wanted to do forever.

I decided while still in Taiwan to enroll at BYU after my mission, with the hope of successfully walking on to their football team. I filled out the papers, sent them to BYU, and quickly heard back from them that I was accepted. 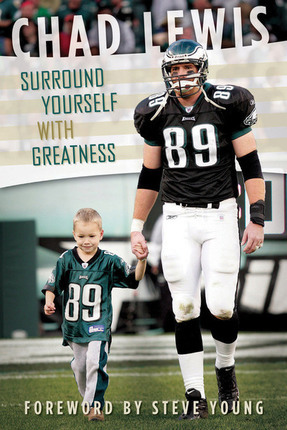 For a full account of Chad Lewis's mission, playing days and the great people he met along the way, his full autobiography can be found on deseretbook.com.