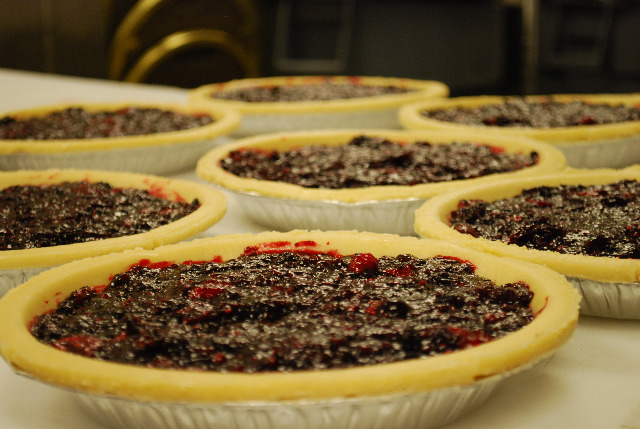 Julie Ulrich, who directs hosting for the Lion House, believes people love the house because it recalls a special heritage of pioneering, sacrifice, and hospitality. “People just seem to cling to the spirit that’s in this home. It’s a warm, comfortable atmosphere. It’s not ostentatious, it’s just very inviting,” says Ulrich. “The thing I love about the Lion House is that it is passed down from generation to generation.”

In her 32 years with the Lion House, Ulrich has seen much to support her theory. Families come back to celebrate at the Lion House, with some “standing groups,”  people who come at the same time every month or every year, having come for several decades. (One group, the Dinner Set, has been coming regularly for 58 years.) Ulrich even recalls one special experience with a particular family: In her early years at the Lion House, she hosted a birthday party for a daughter of poet Susan Evans McCloud; then, years later, she found herself hosting the young woman’s wedding. “What was amazing was that the bride remembered me. It was so touching to me,”  she says. “That’s what’s kind of neat about the Lion House—that traditions begin here.”

The Goods
One of the greatest catalysts for creating those traditions is food. The Lion House Pantry, managed by Executive Chef David Bench, serves roughly 125,000 each year, with the rolls and baked goods produced by the Lion House Bakery remembered the most vividly. Brenda Hopkin, head baker for the Lion House, and her staff of 24 make the pies, cakes, cookies, and rolls possible.

Hopkin herself has worked at the Lion House for 20 years, 10 as head baker, and has seen the bakery grow from providing goods for only the Lion House and Temple Square Hospitality (which manages dining and service on Temple Square) to providing rolls, pies, cookies, and even cupcakes to 22 Deseret Book stores. “I never imagined I would be doing what we’re doing at this point,” she says. “I love to bake, and doing pies and stuff, that was within what I had thought possible. But to be where we’re at, and the growth that I’ve seen here in the Lion House Bakery in these years—I just still stand back and think, ‘Did I really have a part in this?’ I never dreamt it.”

Administration takes 90 percent of Hopkin’s time, but she still finds a little time to play. “Sometimes we do ‘research and development.’” She says this with a twinkle in her eye, clarifying, “We go raid other bakeries.” Hopkin and her team will literally dissect and weigh each part of a product, and work to develop the ultimate product that “tickles your taste buds.”