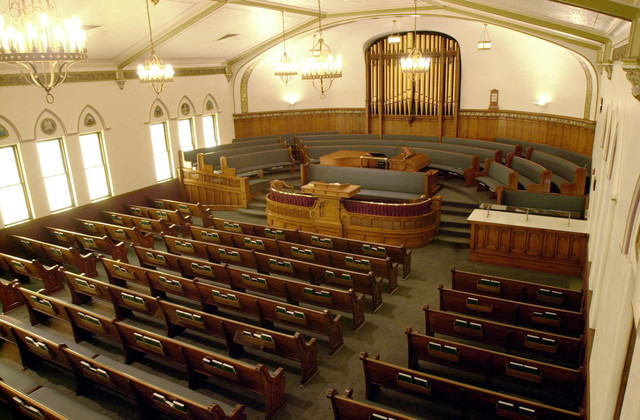 As Church Meetings Are Adjusted, Here's a Look at How They Have Changed Over the Years

For the first time in nearly 40 years, The Church of Jesus Christ of Latter-day Saints is making a change in its Sunday meeting schedule.

In the opening session of the 188th Semiannual General Conference, President Russell M. Nelson announced a new "home-centered and church-supported plan" for Sunday worship services before Elder Quentin L. Cook, a member of the Quorum of the Twelve Apostles, explained the adjustment to a shorter meeting schedule, including a 60-minute sacrament meeting followed by a 50-minute class alternating between Sunday School and Priesthood quorums, Relief Society and Young Women meetings.

"As President Russell M. Nelson has just beautifully and eloquently set forth, church leaders have been working for a long-time on '… a home-centered and church-supported plan to learn doctrine, strengthen faith, and foster greater personal worship.' President Nelson then announced an adjustment to achieve '…ma new balance between gospel instruction in the home and in the church,'" Elder Cook said. "This Sunday schedule allows more time for a home evening and to study the gospel at home on Sunday, or at other times as individuals and families may choose."

The last change came in March 1980 when the First Presidency sent a letter to stake presidencies and bishoprics announcing a new schedule combining meetings into a three-hour Sunday block.

Church leaders began exploring a consolidated schedule as early as 1973 when the United States experienced an energy crisis, according to anlds.org article by William G. Hartley.

Lead image from the Deseret News by Jeffrey D. Allred