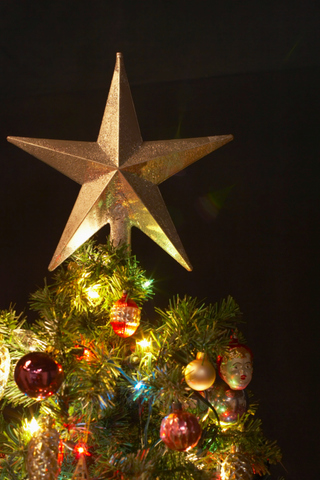 During Christmas 1945, John Matheson found himself serving in the army of occupation in Frankfurt, Germany. . . . Each weekday, John and the other two officers would go to their office and return in the evening to find the beds made and the house spotlessly cleaned by an elderly German woman. . . .

As Christmas approached, John thought he should give some gift to the housekeeper; so from the abundance of his footlocker, he filled a large cardboard box with candy bars, soap, and cans of fruit juice. He knew that in the system of barter among the Germans, his gift to her was worth many, many dollars, but the cost to him was negligible. . . .

The housekeeper would be like an heiress in the poverty of her neighborhood. How lucky she was, he thought. How beholden she would be to him—to the generous American. And yet his gift was not given in compassion but merely out of pity and for self-satisfaction.

As he approached the house in the darkness of the December evening, he saw . . . that his gift and the recipient were gone. However, in the glow of that lamp, he saw on the table her Christmas note and her gift to him. . . .

On that dimly lit table, along with her painstakingly written “Merry Christmas,” were 10 old and dog-eared picture postcard scenes of Frankfurt as it had appeared before the war had so devastated it. The housekeeper had placed each card on edge and fastened them together so that every 2 cards formed a point and all 10 together formed the Christmas star.

She had little to give. In fact, it was all she had. Though John Matheson lived to see many more Christmases, that little housekeeper’s Christmas star shone brightly throughout his life. He said that her “star of Bethlehem” implanted within him the Christmas spirit and taught him the true meaning of love and giving.1

Brothers and sisters, this joyful season brings to all of us a measure of happiness that corresponds to the degree to which we have turned our minds, feelings, and actions to the Savior, whose birth we celebrate.