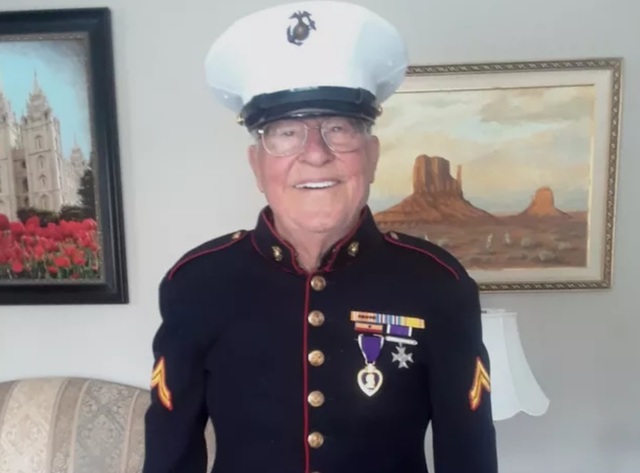 A Military Miracle: The Spiritual Prompting That Saved One Marine from Death

During WWII, 17-year-old Albert Christman enlisted in the Marines, and after his service in the Pacific was awarded the Purple Heart.

Despite being injured in Guam, Albert knows that he was protected by God during his service. While stationed in Guadalcanal, Albert was manning an anti-aircraft position with some fellow Marines.

One day, Albert had been helping to dig a foxhole some 20 feet from his tent. After the foxhole was dug, his unit began digging and sandbagging a gun position close to a recently captured airfield. As evening fell, an enemy battleship began to shell the airfield.

► You'll also like: How a WWII Pilot Saved 90 Men by Following an Unexpected Spiritual Prompting

Albert and some fellow Marines were still placing sandbags around the gun position when a shell fell close to them. Some of the shrapnel landed a few feet from their hole.

Some of the Marines, including Albert decided to retire to their tents, which were farther from the airfield and protected somewhat by a hill.

Albert was feeling a little homesick, and was looking at a picture of his sister. He placed the picture under his pillow after saying his prayers.