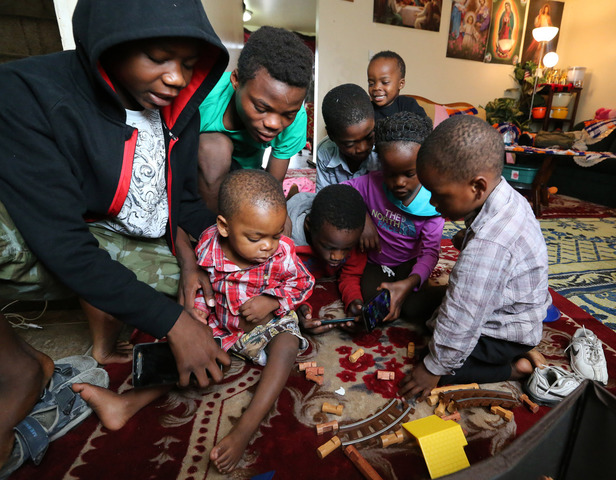 A Mormon Refugee Family's Struggle to Survive in Utah

“I cannot remember a time when there was no war,” George Ngunza says. “My earliest memories are of the fighting that ravaged my village." In fact, when Ngunza was just 14 years old, militiamen wielding machetes attacked Ngunza’s family in the middle of the night, killing his father, mother, and two brothers and leaving him for dead.

In a small, dingy apartment in the south end of the city, George Ngunza is perched at the edge of a faded yellow couch.

A refugee from the Congo, Ngunza is just 34 years old. But the deep creases in his forehead and around his eyes project the image of a much older man, hollowed out by the harsh trials of his life.

The frayed jeans and faded T-shirt he picked up at Deseret Industries hang loosely off his lanky form.

Ngunza taps his feet and wrings his hands, his body vibrating with nervous energy. His eyes dart toward the door every few minutes as if he fears the stale, sour air of the apartment will suffocate him.

On the bare coffee table in front of him, there are just two things: a can of cockroach spray and a well-worn Book of Mormon, written in Swahili. 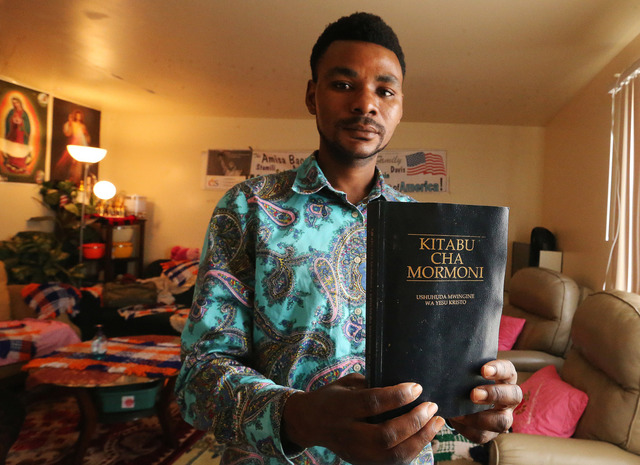 When stress threatens to overwhelm him, he thumbs through its tattered pages until he finds his favorite verse, repeating it over and over again until he feels a sense of calm.

During his 19 years in a refugee camp in Tanzania, he often did the same thing with the Bible.

When he felt hopeless, the Bible’s words lifted him up and renewed his faith that God had a plan for him. He prayed that the Lord would deliver his family to America.

If he ever made it there, he imagined, he would have a home of his own with a large backyard, where he could tend a garden and watch his children play.

Instead, this is Ngunza’s reality: He lives in a tiny, roach-infested apartment with his wife and 11 children. His job slicing meat at a local deli pays just above minimum wage, which barely covers his monthly rent, and leaves him precious little to feed and clothe his family.

Instead of dreams, these days Ngunza only has fears – that he won’t be able to provide for his family’s basic needs and still keep a roof over their head.

“Just like in the camp,” he says, “I feel trapped all over again.”

Mormon Life RefugeesRefugees,Mormon Life
Comments and feedback can be sent to feedback@ldsliving.com