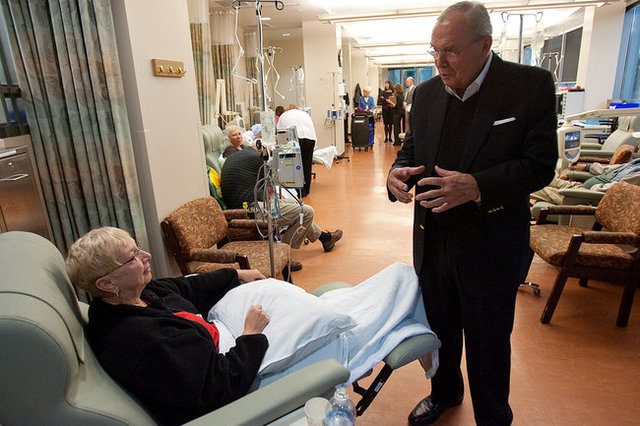 A Mormon billionaire with distinct ideas of philanthropy and presidential politics

Jon M. Huntsman Sr. — billionaire industrialist, father of a presidential hopeful, four-time cancer survivor — has no patience for the Scrooges of the world. Even the philanthropist club of billionaires started by Mr. Huntsman’s friend Warren E. Buffett that is trying to enlist the world’s richest to give away half their wealth seems tight-fisted to him.

“I suggested 80 percent,” he said. “A tremendous number of wealthy people haven’t given much of anything.”

While protesters from the Occupy Wall Street movement camp out across America, excoriating what they see as the greed of the affluent, and Democrats push the idea of a surtax on millionaires, a voice of soft-spoken but resolute insistence about the obligation to share can be heard here in the West.