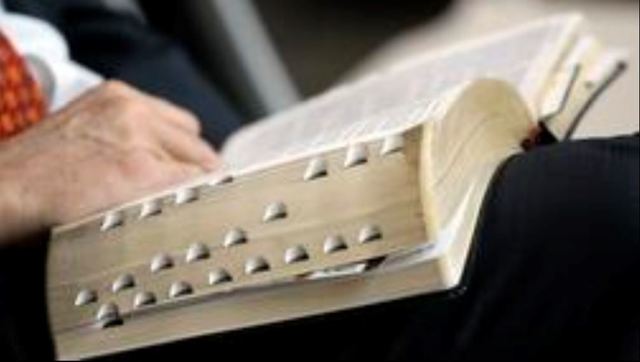 Sometimes we feel like we’ve done everything right—tried to do good, tried to follow the Spirit—and still, everything falls to pieces. Sometimes we even feel that we’ve made circumstances worse, despite our honorable intentions. We stand looking at the disaster at our feet and we wonder, Is this my fault? Did I do something wrong? And what am I supposed to do now?

Although there are no easy solutions for easing feelings of inadequacy and for answering such questions, there is a powerful scripture story that illustrates this situation in a beautiful and remarkable way.

I first met Abish, truly met her, on my mission.

I’d shut myself in the bathroom to cry. As a missionary, it was the only place where I could take a few minutes to truly be alone. There had been some misunderstanding with my companion, and I was frustrated and confused about what I could do to fix it.

I knelt on the wet floor (in Korea, bathroom floors are always wet), and I said a prayer. I poured out my heart, whispering so that my companion wouldn’t hear. I felt a calm assurance come over me. Write a note was the thought that came into my heart.

When I stood and opened the bathroom door, I felt a quiet assurance and commitment that God had given me a solution. My companion was sitting at her desk, her head buried in her arms, feigning sleep. I would write her a note, slip it under her elbow, and wait.

I felt guided as I wrote that note. The words flowed, and everything about the situation became crystal clear. I slipped the note under my companion’s elbow, feeling lighter, knowing everything would be okay.

Immediately my companion snatched up the note, tore it to shreds without looking at it, stomped to our closet kitchen, and shut the sliding door.

She continued to give me the silent treatment all that day, even as we were out on the streets. She never said a word.

What happened? I thought I’d been inspired to write that note. I’d thought that it would make things better, not worse. What was I supposed to do now?

And that’s when I found Abish. I was reading in Alma 19. I thought I knew the story—this was where King Lamoni, his queen, Ammon, and all the servants sink to the earth after learning about the gospel. That is, everyone except for Abish, “a Lamanitish woman . . . having been converted unto the Lord for many years” (Alma 19:16).

Abish. Why hadn’t I noticed her before?

Abish knew at once that she was seeing the power of the Lord. And she had a thought: If I could only bring other people to see this, they too could witness the miraculous power of God.

Did she pause to consider whether this was the Holy Ghost prompting her? We don’t know, but either way, we have been told that “all things which are good cometh of God,” (Mosiah 7:12) and Abish believed that gathering the people would be a good thing. “She ran from house to house” (Alma 19:17) sharing the news and inviting people to come and see the manifestation of the hand of God.

The people came. They flocked to the room where the king, queen, palace servants, and a Nephite lay as if dead upon the ground. And did they see the hand of God in that scene, as Abish had?

No. They thought that a Nephite had been working murder in the king’s bedroom. Their suppositions started as “murmurs” (Alma 19:19) and grew to “exceedingly sharp” contentions (Alma 19:28). One man even went forth to slay Ammon but fell down dead in the attempt.

Imagine Abish’s dismay when she came into the room to find people arguing, angry, loud. The scriptures say she was, “exceedingly sorrowful, even unto tears” (Alma 19:28).

I wept when I read this. Poor Abish! Have you been there? I thought. Have you felt that pain of trying to do good, trying to do God’s will, trying to help others, only to have your actions bring about exactly the opposite?

But although Abish weeps, she doesn’t turn. She doesn’t dash out of the room and hide, as I might be tempted to. She doesn’t just stand there, either, waiting for God to use His power to change the circumstance or for someone else to know what to do.

Instead, Abish acts. In a gesture that I imagine to be gentle, desperate, pleading, and full of faith, she reaches out and takes “the queen by the hand, that perhaps she might raise her from the ground” (Alma 19:29).

“Perhaps,” the scripture says. Abish didn’t know what to do. She’d already tried to do good, and failed dramatically. She had no idea if she would be able to raise the queen from the ground, but she tried anyway.

I find the image profound. When in doubt, when in a great moment of sorrow and pain, when feeling like an inadequate failure, Abish reached out to lift someone else.

When Abish did this, the queen “rose, and stood upon her feet, and cried with a loud voice saying: O blessed Jesus, who has saved me from an awful hell! O blessed God, have mercy on this people!”

The queen continued to speak with great joy, and when she was finished, she reached out to lift up King Lamoni.

When King Lamoni rose, he knew what to do about the contention. He immediately rebuked the people and began to teach them about Jesus Christ. Many people didn’t listen and “went there way,” but by the end of the chapter “there were many that did believe in their words; and as many as did believe were baptized; and they became a righteous people, and they did establish a church among them.”

I believe that at the end of our life chapter, God works everything out. We might not see it now. It might seem that we try again and again, only to have our efforts thwarted, or only to feel like our efforts cause more harm than good.

I know, however, that if we continue to act in faith and look for opportunities to lift others, God will not let us down.