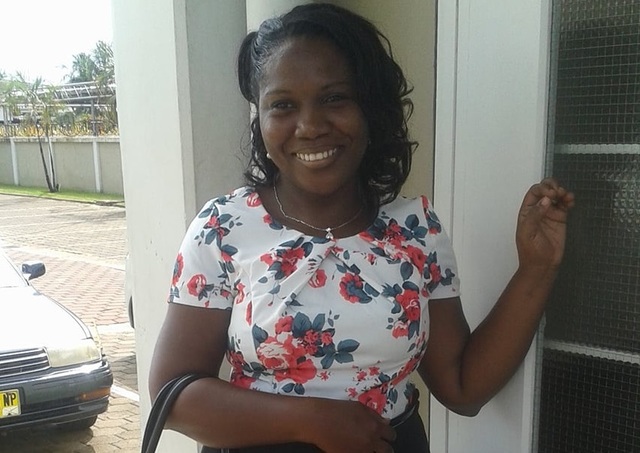 In February 1998, Fyen left the humid rainforests of her home country for the frozen deserts of Utah. When Fyen arrived at the Hamilton home in Providence, Utah, she didn’t know what the frozen, white powder was that dusted everything from the roads to the tips of the trees.

While Fyen enjoyed playing in the snow for the first time, not all the new experiences in Utah were inviting. “I was freezing. Everything was cold,” Fyen remembers. In fact, the night before her surgery, Fyen remembers the doctors explaining in frightening detail everything she would experience during the surgery. Then she called her family a continent away.

“It was hard for me because they were so far away,” Fyen remembers. “I was so scared. In my mind, I thought, ‘I am going to die.’”

But Fyen wasn’t alone. The man she now came to view as Grandpa Hamilton gave her a blessing while Grandma Hamilton stayed that night—and every night for the following two weeks—with Fyen in the hospital.

After additional tests and x-rays, the doctors knew the surgery would be complicated since one of Fyen’s lungs was underdeveloped and her spine was so twisted that the risk of paralysis remained a constant threat. But after eight painstaking hours of surgery, the doctors emerged to tell the Hamiltons everything had gone according to plan.

“When I woke up . . . I had a peaceful feeling in that moment,” Fyen remembers. “I thought I was in heaven.” But then the tubes jutting from her veins and the constant beeping of computers reminded her where she was.

“While we were in the hospital, never once did she complain about pain,” Maurine remembers of Fyen’s recovery. “I think it was just a miracle how she healed.”

Fyen remembers, “The doctors said, ‘This is a miracle. I have never seen someone who had this surgery and just in a quick two weeks [was] walking and everything.’”

Becoming a Member of the Church

In the months following her surgery, Fyen remained in the United States recovering and exploring National Parks and Disneyland with the Hamilton family.

But more than the attractions, Fyen remembers the way the Hamiltons embraced her as their own and the testimony that quickly grew within her heart.

After Grandpa Hamilton gave her a copy of the Book of Mormon with illustrative stickers decorating the pages, Fyen began to understand the words of this sacred record.

In addition to her time with the Hamiltons, Fyen spent hours every week with the young women in her new ward.

“The girls in our ward adopted her. They would come and take her to mutual,” Maurine remembers. In fact, several wards would arrange for Fyen to attend activities on different nights of the week. “She had these experiences she would never have in Suriname in the youth programs because there were few young people in the branch,” Maurine says.

“They really embraced me,” Fyen says of the young women.

After returning from his mission, Elder Peterson recalls walking into the chapel and seeing Fyen for the first time. “Her back was straight, her shoulders square, and she looked me straight in the eyes,” he recalls.

In addition to the changes and growth Fyen experienced, her family was experiencing a transformation of its own.

Shortly before Fyen returned home, her parents called to announce they would be married the day before Fyen arrived home so that the family could be baptized just days after her return.

Though Fyen could not attend her parents’ civil marriage, she did attend their temple sealing, “and that is the best one,” she says.

Bringing Miracles to Others

After Fyen’s baptism, she quickly introduced the youth in Suriname to the programs she had grown to love in Utah. “I felt I really wanted to take [these experiences] to Suriname and have this be with me and make others a part of that also,” Fyen says. “One of the things I really did was work on my Personal Progress, not only with me but with the Laurel group.”

Almost immediately after Fyen’s return, the Hamiltons noticed a transformation in the membership in Suriname, with more youth serving missions and staying faithful even as the size of the Church grew exponentially—from less than 500 members to 1,545 in just 20 years. Among the youth who joined the Church and later served a mission was Dennis Linger, who later became Fyen's husband.

Fyen continued influencing the youth in Suriname later in life as she served as an institute teacher. Currently, she serves as the Relief Society president in her district.

“For me, to find the restored gospel and to feel . . . love from people that you feel like have been angels, that is the love I want to give . . . . through my callings,” Fyen says.

Fyen has continued to stay close to the Hamiltons, talking to them regularly and seeing them as an extension of her family. After Fyen and Dennis were married, the Hamilton family chipped in to buy the couple a plane ticket to Utah so they could be sealed together in the Logan Utah Temple in July 2015, answering one of Fyen’s prayers. 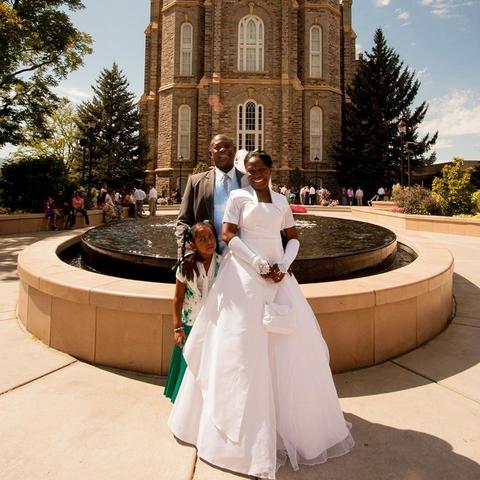 “The Lord worked through the Hamiltons to help me,” Fyen recalls of her surgery and her new eternal family.

But just as Heavenly Father used the Hamiltons to bring miracles to Fyen’s life, Fyen also recognizes how the Lord is working through her. “I was this little, shy girl that could barely speak, and then Heavenly Father used me to be a light to others, and that is something I really want to try and tell the young women [and members],” Fyen says. “Our Heavenly Father is really using us to bless the lives of others.”

Looking back at her life and the impossible obstacles she has overcome, Fyen has faith that the Church in Suriname will overcome similar obstacles and that one day a temple will be built in her country, fulfilling the promise of Church leaders. She continues, “I know that this gospel is true. I have experienced it from a young girl. I can really testify the Lord works through us and wants us to be happy. . . . I know that if we show love and if we stay faithful in the Church, we can become very strong.”

Images courtesy of Fyen and the Hamiltons