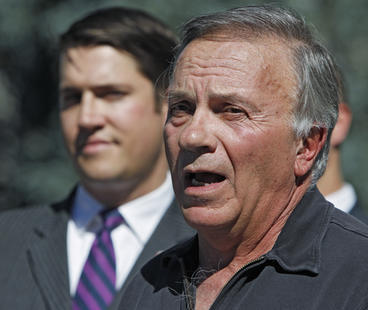 A Response to the Congressman Who Attacked LDS Church's Immigration Stance

With the presidential race in full swing, immigration reform has been a popular and controversial topic. But one congressman has decided to pull the LDS Church into the debate, and he mischaracterized the Church's stance on immigration in doing so.

On Saturday, former Colorado Congressman Tom Tancredo wrote a column for the conservative website Breitbart accusing LDS “church leadership” of suffering “an episode of moral incoherence” with regard to immigration, stating that The Church of Jesus Christ of Latter-day Saints supports a policy of “open borders.”

Tancredo has clearly not read the stated immigration policy of the LDS Church. And we would offer that the real “moral incoherence” lies not with Church leaders but with hardline advocates who call for immediate action on immigration but seem unwilling to do the hard work of engaging stakeholders to achieve meaningful reform.

While the Breitbart column claims that “it is an open secret in Washington, D.C. that the Mormon church supports open borders and lax enforcement of immigration laws,” the Church’s actual statements regarding immigration tell a far different story.