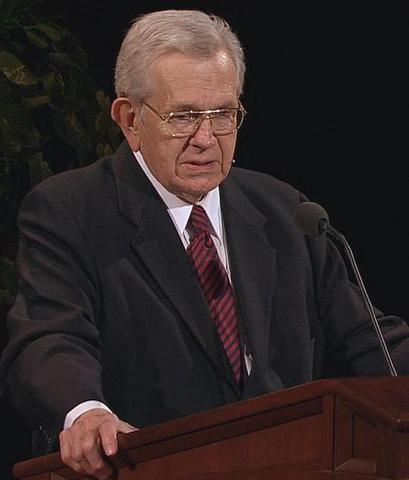 In recent weeks, media sources across the country have covered several suicides by young people wrestling with same-gender attraction. These heartbreaking accounts have brought national attention to the anguished lives of youths confused by strong feelings that can put them at odds with the expectations of friends, family, community or church. What has made these stories particularly horrifying is the brutal and belittling behavior that preceded each suicide.

To any affected by such tragedy, we express sorrow and we condemn the incivility that violated the dignity of these youths.

This week, activists for the lesbian, gay, bi-sexual and transgender (LGBT) community have attempted to raise our community's consciousness about the challenges facing LGBT youths. This consciousness raising has been styled as a reaction to a talk by President Boyd Packer, president of the Quorum of the Twelve of The Church of Jesus-Christ of Latter-day Saints, given at the church's 180th Semiannual General Conference last Sunday.

This focused attention on the LDS Church is deeply ironic given the church's shared condemnation of hate and violence toward gays and lesbians, its mutual support of anti-discrimination laws for gays and lesbians and its compassionate ministry to LDS Church members who have same-gender attraction.
Read the rest of this story at deseret.com