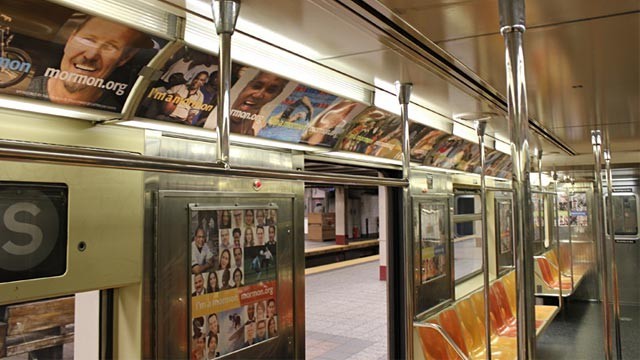 "As a religion, branding a religion, I can't recall [another one] offhand," said Rosanna Fisk, CEO of the Public Relations Society of America in New York. "What I see in this, however, has similarities of other kinds. It's quite a testimonial.

"[The campaign] shows how different people come from different backgrounds and are all joined by the same, common belief."
Read the rest of this story at abcnews.com