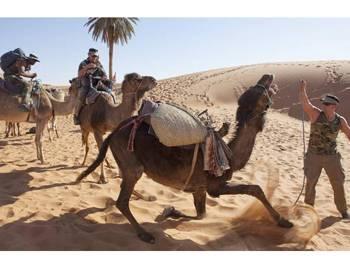 There's a substantial list of LDS Church members who have been on a national reality show. This list includes David Archuleta, Carmen Rasmussen and Brooke White on “American Idol.” Don't forget Tyson Apostal on two seasons of "Survivor." Not to mention members who have been on “So You Think You Can Dance,” “The Biggest Loser” and “America’s Got Talent.”

On the show, 13 teams of three members will compete in 10 different phases of competition taking contenders across deserts, through rivers and over mountains in Morocco.