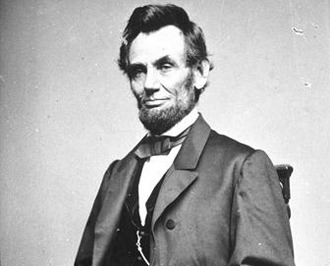 More books have been written about Abraham Lincoln than most any other man except Jesus Christ himself.

What is it about this man that has captivated the interest of hundreds of millions for more than a century and a half? And what significance do his life and accomplishments hold to members of The Church of Jesus Christ of Latter-day Saints?

President Heber J. Grant made the following declaration in February 1940: "Every Latter-day Saint believes that Abraham Lincoln was raised up and inspired of God, and that he reached the Presidency of the United States under the favor of our Heavenly Father. We honor Abraham Lincoln because we believe absolutely that God honored him and raised him to be the instrument in His hands of saving the Constitution and the Union."

Abraham Lincoln was a contemporary with the Prophet Joseph Smith, who organized The Church of Jesus Christ of Latter-Day Saints on April 6, 1830, with merely six members present in Fayette, N.Y. For five years, in fact, Abraham Lincoln and Joseph Smith lived in the same state of Illinois, Lincoln living in Springfield and the Prophet in Nauvoo, some 130 miles to the north, but there is no record of the two ever having met.