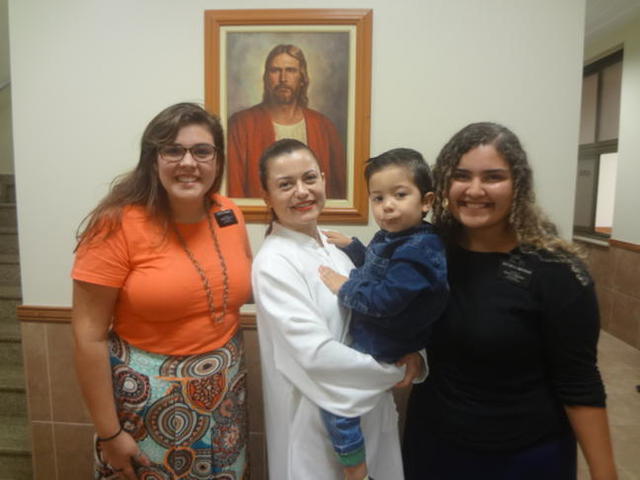 After 18 Months, Returned Missionary Responds to Dad's Letter: "A Mission Isn't for You"

A little more than 18 months ago, LDS author Jason F. Wright wrote an open letter to his daughter before she left on her mission titled Letter to Missionary Daughter: "A Mission Isn't for You." Now, after returning home from her mission, his daughter has a chance to respond to his letter.

About 18 months ago, I entered the Missionary Training Center in Provo, Utah, to begin my service as a missionary for The Church of Jesus Christ of Latter-day Saints. I felt unprepared but ready for the new challenge. I was headed to Brazil but spent three of my six-week training in the United States before receiving my visa.

I passed through many amazing places and met even more amazing people. I left behind most of my clothes, shoes, and my heart — but something I always kept with me was a letter from my dad. You might remember it: “A mission isn’t for you.”

Now, 18 months later, I get a chance to respond.

Here's the phrase you’ve been waiting to hear since you became a father.

A mission wasn’t for me.

I mean, it’s not that I didn’t believe you, but we both know I like to test things out for myself. It’s crazy how something that is not at all intended for your benefit actually ends up being exactly what you needed.

If I made a list of all the things I learned, it would kill a tree or two. So I’ll just share a few.

I think one of the things I most loved was the fact that I got to see people through Heavenly Father’s eyes. I met people I’d never seen before in my lifetime, yet they felt like old friends. I could feel Heavenly Father’s love for them as his children.

However, I had to search for it — dig a little deeper. I had to want to see these people through his eyes. As with all divine gifts, we have to work for it. We don’t have to ignore the imperfections, but we can’t ignore the light in their eyes, either.

Each one of us is a child of God — literally. Basically, all I did was get to know a bunch of my brothers and sisters in a whole new way.

Now, of course, it wasn’t easy, Dad. You did say it would be hard, but I didn’t exactly believe you. While it could be hard physically — with all of the walking and the weather Brazil had to offer — it certainly tried me mentally. There were doors shut in my face, or worse, doors that never opened. I think I heard more “no’s” from strangers than I ever heard from you and Mom.

But then I remembered a quote I had on the wall from Thomas S. Monson: “We, as servants, can expect no more than the Master, who left mortality only after great pain and suffering.”

This was supposed to be hard. We have to eventually leave our comfort zones in order to grow. One of the sisters in my mission once said, “It’s his work so we have to do it his way.” And that’s the truth. How can we expect to try and run things our way when his way already works perfectly?

Just like you said it would, the agency of others did affect me — a lot. While many said “no,” there were still many who said “yes.” And some who said “yes” changed their tune and joined the “no’s.” It broke my heart. But, like you told me, I did not stop knocking on their hearts.

Prayer became a vital part of my life and I wish I had learned that lesson sooner. When the worst days hit and it felt like all hope was lost, talking to Heavenly Father was a lifeline. The greatest, most important lesson to be learned was how to accept the Lord’s will — and then to follow through. We must do things his way. All things. Like we promised we would. Once we accept what he asks, life is a whole lot easier. Kicking and screaming our way down life’s journey is never fun. The Lord gave us agency, but he also gave us commandments and counsel. How we use this agency is what will ultimately determine our happiness.

Of course, all these lessons apply now, at the close of this journey, more than ever. To go on a mission, come home and forget all the lessons we’ve learned would be a very sad day. They mean nothing if we don’t apply them to our lives.

Thank you, Dad. For everything. Even when I’ve made life difficult, I’m sure it was worth it, right? I sure do love you. After 18 months and 5,000 miles, I can testify that distance and time truly do make the heart grow fonder.

That goes for you, too, Mom.

I will forever be grateful for the influences I’ve had, both in the mission field and on the home front, that have helped shape and mold me into who I am.

Now, Pops, let’s eat some Brazilian food and brush up on your Portuguese. Te amo.

Oakli Wright is from Woodstock, Virginia, and attends Brigham Young University in Provo. She’s studying vocal performance and is writing her first novel. She can be reached at facebook.com/oakli.wright 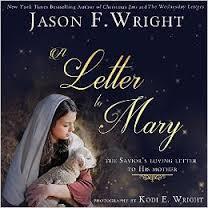