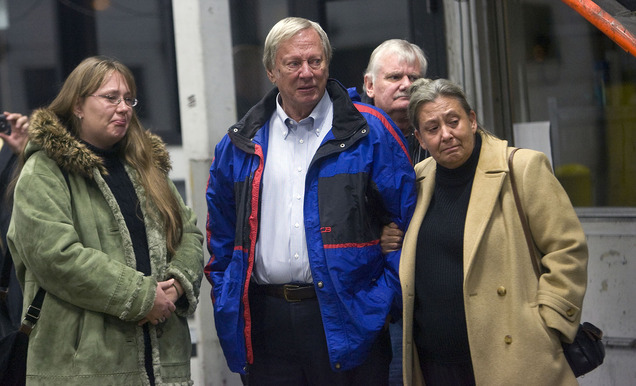 I never met my uncle, George Willard Grismore. He disappeared during World War II, three years before I was born. But, growing up, his spirit was always in my home. He was my mother’s hero and, through her, I learned all about him. He was my grandmother’s oldest son, and she never got over the loss.

On Wednesday, 65 years after his plane was lost while on a mission to supply gasoline to Filipino guerrillas fighting the Japanese on the island of Mindanao, Uncle Willard came home.

Through the efforts of the U.S. military and the Department of Defense Prisoner of War/Missing Personnel Office, my uncle became one of thousands of missing warriors whose remains have been recovered and identified through a meticulous genealogy and DNA process.

Uncle Willard, a 30-year-old captain in the Army Air Corps, and five others took off from the island of Leyte on March 12, 1945, and headed toward Mindanao. They never arrived.

We still have the letter my grandmother mailed to Willard, which was returned to her as undeliverable. She urged him to keep his faith and to remember to pray. She didn’t know it at the time, but he was already dead when she wrote to him.