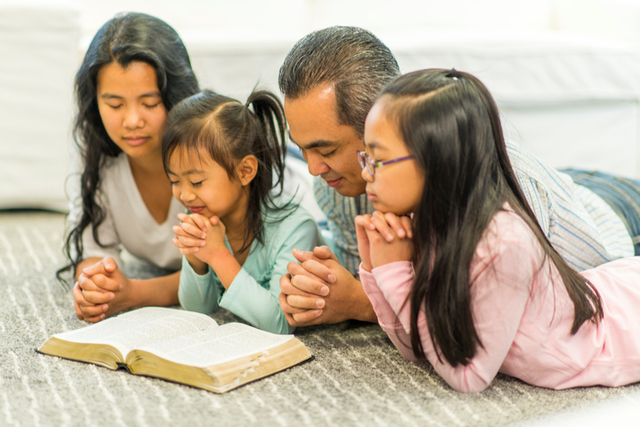 After Being Asked to Leave Sacrament Meeting, LDS Dad Teaches His Children an Unforgettable Lesson

The following is an excerpt from John H. Groberg's new book, Eternity Is Now, available at Deseret Book.

Do we understand who we really are? Do we grasp the significance of the divine potential that lies within each of us? Based on the decisions I see many people make—decisions that seem to be founded on temporal trivia rather than eternal truth—I’m afraid the answer is "No, not really."

In this life, we all struggle with trials and temptations. Struggling is an integral part of growth, and growing is one of the main reasons we are here. Whether we grow from these struggles or shrink from them depends on how well we understand who we really are. We are sons and daughters of God with unlimited potential and endless access to His help. Satan and his hosts do everything they can to obscure that truth.

At times our struggles can feel like they are too much for us to bear and may seem endless. God knows the degree of difficulty and duration of our struggles. He also knows what we are capable of, so He allows us to grow as much as possible from our challenges. He let Peter walk on the water as long as he could before responding to his cry by reaching out and grasping him. Likewise, He gives us the strength to go as far as we can and then reaches out and grasps us.

While I was supervising work in the Pacific, a difficult situation arose that required a mature couple to handle. A faithful man and his wife were recommended to me. When I met with them, I was overjoyed that they were not only willing but anxious to accept this calling. I sensed they had a deep understanding of who they were, who they were serving, what He expected of them, and that He would help them.

I thanked them for their faith in accepting this difficult assignment and asked them to tell me about their faith. The husband told of an experience he had when he was 12 years old that had stayed with him throughout his life.

During the early 1900s, his family joined the Church in Hawaii. They were faithful members, and after two years he and his father received the priesthood. The family prospered and enjoyed the fellowship of their little branch. They anxiously looked forward to being sealed for eternity as a family in the nearly completed temple in Laie, Hawaii.

Then, as often happens, adversity crossed their path. One of his sisters became ill with an unknown disease and was sent away to the hospital. At this time, people in Hawaii were wary of unknown diseases, as disease had wrought great havoc in the islands.

The concerned family went to church on Sunday hoping to receive strength and understanding from their fellow branch members. The son and his father had the responsibility of blessing and passing the sacrament that Sunday. They reverently broke the bread while the congregation sang the sacrament hymn. When the hymn was finished, the father started to kneel to offer the sacrament prayer. All of a sudden the branch president realized who was at the sacred table and sprang to his feet. Pointing his finger he cried, "Stop! You can’t touch the sacrament. Your daughter is ill and you may get the rest of us sick. Leave immediately. Someone else will fix new sacrament bread. We can’t have you here. Go!"

The stunned father slowly stood up. He looked at the branch president, then at the congregation. Sensing the anxiety, tension, and embarrassment of all, he motioned to his family and they quietly filed out of the chapel.

Not a word was said as they moved along the dusty trail to their small home, their heads hung. The young son noticed his father’s firmly clenched fists. When they entered their home, they all sat on the floor in a circle and the father said, "We will all be silent until I am ready to speak."

All sorts of thoughts went through the young boy’s mind. He envisioned his father coming up with different ways of getting revenge. Would they kill the branch president’s pigs, burn his house down, quit going to church, or maybe join another church? He could hardly wait to see what his father would decide.

Five minutes, ten minutes, fifteen minutes—not a sound. He glanced at his father. His eyes were closed, his mouth was set, his fingers clenched, but no sound. Twenty minutes, twenty-five—still nothing. Then he noticed a slight relaxing of his father’s hands, a small tremor on his father’s lips, then a barely perceptible sob. He looked at his father and saw tears trickling down his cheeks. Soon he noticed his mother was crying also, then one child, then another, and soon the whole family.

Finally, the father opened his eyes, cleared his throat, and announced, "I am now ready to speak. Listen carefully." He slowly turned to his wife and with deep feeling said, "I love you." Then he turned to each child and said, "I love you. I love all of you and I want us to be together forever as a family. The only way that can happen is for all of us to be good members of The Church of Jesus Christ of Latter-day Saints and be sealed by His holy priesthood in the temple. We know who we are and what is expected of us.

"This is not the branch president’s church. It is the Church of Jesus Christ. We will not let any man or any amount of hurt or embarrassment or pride keep us from staying actively involved in God’s kingdom on earth. Next Sunday we will go back to church. We will stay by ourselves until our daughter’s illness is known. We will let other people look at us however they will and say whatever they want about us, but we will go back."

He knew where to turn for help. Through his sincere prayer, the Spirit reconfirmed to him who he was and who each member of his family was and what the eternal destiny of their family could be. That same Spirit touched all of his family, especially this 12-year-old son.

The sister’s health problem was eventually resolved and the family did go to the temple. The children, through the example of their parents, remained faithful and were sealed to their own families in the temple. As a result of that one man’s decision, hundreds of souls are now active members of the Church and call their father, mother, grandparents, and great-grandparents blessed because they prayed sincerely, kept their eyes on eternity, and remembered who they were and what their potential was.

As we each try to decide how to face our struggles, we should ask ourselves, "Is this what I really want to do with my birthright?" Don’t sell your precious birthright for a mess of temporal pottage (see Genesis 25:29–34). Hold on to it; nurture it at all costs. No matter how difficult the struggle may be, I assure you it is worth it! The trials and temptations that come to all of us can be handled much better as we remember who we are and whose we are.

Often, the sophistry of the world seems very appealing, while the challenges of staying on the narrow path seem very difficult. Even though the ways of the world sometimes seem to be the "easy way," they always eventually end in sorrow. Choosing the Lord's way, even though seemingly more difficult, always proves to be the best and most joyful way. President Thomas S. Monson encourages us: "May we ever choose the harder right instead of the easier wrong." ("Choices," Ensign, May 2016) . . .

How can we do this? To me there are three simple steps that can help us immensely:

Always take the time to ask the Lord for help (as the Hawaiian father did). Search your soul deeply and see if the actions you contemplate square with the teachings of the Church, the scriptures, and your true identity as a son or daughter of God.

Always partake of the sacrament. Sometimes we may wonder if we are worthy to do so. When asked this question, I have taught that any member who desires to improve or repent and come closer to the Savior is worthy and should partake, unless under priesthood restriction. As you partake and pray for guidance, I know you can feel God’s Spirit whisper directions and encouragement to you.

Always look to the temple. . . . Go as often as possible and listen carefully as you contemplate the truths of eternity, including the truth taught so beautifully there about who we really are and what we can become.

I know God will help us as we sincerely ask and are willing to follow His promptings. Remember, He wants us to succeed probably even more than we do. He has invested the whole of creation in us. He knows who we are and will help us remember and understand that truth. He will also assure us of His help in fulfilling our destiny in becoming part of an eternal family. Our royal birthright is worth more than any of us can comprehend. Let’s hold on to it with everything we have. 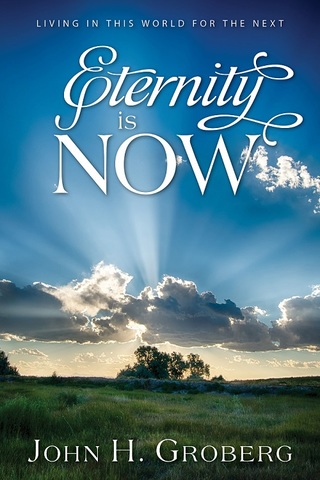 Elder John H. Groberg is an emeritus General Authority, and his Tongan mission inspired Disney's The Other Side of Heaven. From gaining strength through adversity to finding joy both now and forever, this book contains eye-opening spiritual insights garnered over a lifetime of serving the Lord—as a Seventy, a mission president, a temple president, and more.