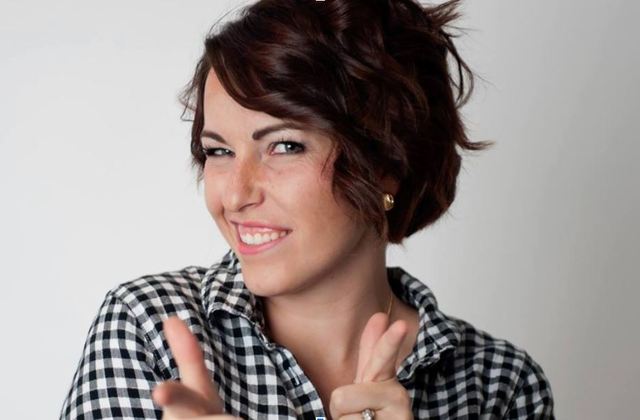 After Building a Million-Dollar Blog, Latter-day Saint Mom Aims for Her Own Food Network Show

When adults used to ask Susie Bulloch what she would be when she grew up, there’s no possible way she could have guessed correctly.

That’s because, as Susie puts it in a recent podcast interview, “The business we’re in didn’t even exist when we were kids. . . . This just wasn’t a career path.”

So what business is Susie Bulloch in?

At the most basic level, Susie is a food blogger.

More specifically, she’s a barbecue blogger with a massive reach and highly engaged audience of grilling and meat-smoking enthusiasts.

Her brand, HeyGrillHey, has grown to be more than just a blog, though. In the last three years, Susie and her husband, Todd (who more recently left his full-time job to work full-time on HeyGrillHey) have grown their brand to include their own line of spice rubs, high-quality cooking videos, appearances on The Food Network, a premium members-only community, and lots more.

It’s not hard to see why people love HeyGrillHey, either. Not only does Susie have the most energetic, contagious personality on- and off-camera, she also has real talent when it comes to barbecuing.

Not long before starting her own food blog, Susie was a freelance contributor for a prestigious grilling company’s blog. There, she invented new recipes, tested new flavors, and published new ideas on a regular basis.

However, when the company decided to bring all of their writing in-house, Susie decided she didn’t want to take a desk job and started HeyGrillHey instead.

The rest is history. Not to mention a lot of prayer, faith, and hard work.

“Todd was quick to jump on,” Susie explains. “He taught himself how to edit videos so that he could edit these videos that I was shooting for Facebook. And there were many late-night hustles until 2:00 in the morning finishing videos.”

Jumping in full-force didn’t come without a lot of thoughtfulness and prayer on the part of the Bulloch family. “Finding ourselves back at square one with a single income was pretty scary,” Susie remembers. “We relied on prayer and long conversations with each other, as well as a lot of pondering in our hearts to decide on our next step.”

Working hard and trying to remain close to the Spirit have led to tremendous success. Last year, the Bullochs brought “multiple six figures” and this year they are projected to surpass over one million dollars from the work they do at HeyGrillHey.

Todd has now completely left his salaried job to join HeyGrillHey full-time (as the self-declared Chief Taste Tester). Todd’s decision to leave his day job didn’t come easy. "We had to use . . . methods of praying to Heavenly Father and consulting with each other, as well as trusting those promptings,” the Bullochs explain. “That doesn't mean the path has been easy or we didn't question the decisions we were impressed to make,” Susie further explains, “but we have always felt guided along this crazy journey.” 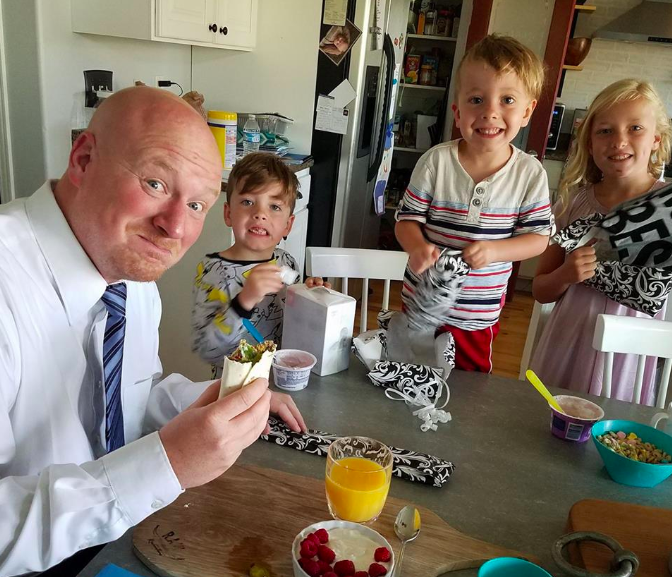 Todd is the self-proclaimed “Cheif Taste-Tester” at HeyGrillHey, a company started by his wife Susie and expected to surpass $1 million in revenue this year.

Susie’s the first to admit that anyone who wants to follow in her footsteps and start a blog to make money can still make it happen. “We didn’t even start our blog until after food blogs had ‘died’,” she says while chuckling.

Next, Susie has her sights set on landing her own show on The Food Network. She’s been featured on other Food Network series alongside well-known barbecue experts, so the likelihood that we’ll see more of her on cable television seems high.

For now, the Bullochs will continue trusting in the Lord and relying on each other on this unexpected journey.

You can listen to the full interview with Susie and Todd Bulloch below or subscribe to Freelance to Founder on iTunes or wherever you get your podcasts.

Preston Lee is a full-time blogger and entrepreneur. He co-produces Freelance to Founder where he and his co-producer Brandon tell the stories of solopreneurs scaling their businesses to new heights. Serendipitously, Brandon and Preston began working together on the podcast only to discover later that both of them were members of The Church of Jesus Christ of Latter-day Saints.