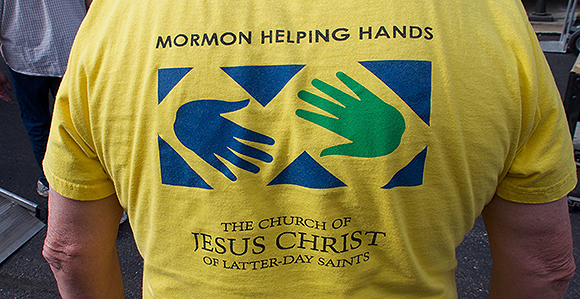 Tornadoes, ice storms, historic flooding--these and more have caused the death of at least 36 people in the Midwest United States recently. While all missionaries in these areas are safe, the Church has been stepping up to help those in need.

The Church is providing emergency relief following a series of holiday season weather-related disasters that claimed dozens of lives and destroyed or severely damaged thousands of homes and buildings.

Tornadoes, heavy rains, ice storms, and flooding caused death and destruction during the final days of 2015 in several communities in the United States’ Midwest and South. Meanwhile, heavy snowfall closed roads from New Mexico to Iowa.

“That whole area has been smacked pretty hard,” said Bruce Muir, who directs the Church’s Humanitarian Emergency Response office. “It’s been bad for a lot of folks.”