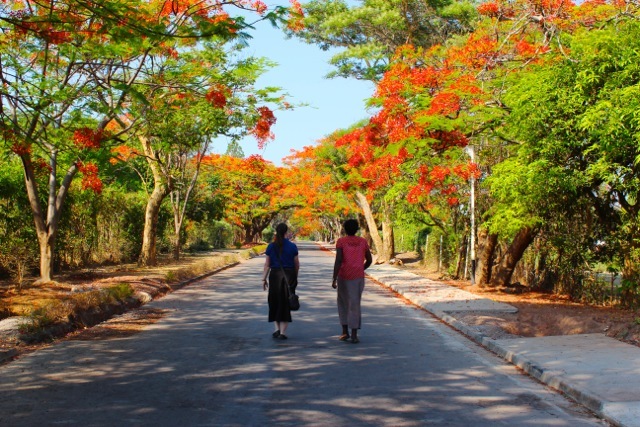 After Losing 10 Children, One Woman Finds Hope in the LDS Church and Walks 9 Hours to Get There

As the mission president of the Zambia Lusaka Mission from 2013–2016, Leif Erickson and his wife, Linda, had the incredible opportunity to observe the faith and optimism of the Zambian Saints up close. “Just like anywhere else in the world, there are setbacks and struggles,” Erickson says, “but the goodness of these Saints and the strength of their faith and reliance on the Lord inspires us.”

Since the Church is still relatively small in Zambia, most members have to make great sacrifices to make it to church. “Not having the Church in many places except busy cities and towns in most cases brings a challenge to members,” says Maria Ngambi, a member of the Church from the Copperbelt region. “In most cases, members walk long distances or find transportation such as taxis and buses to get to church, which is an expense and a sacrifice of not only time but money, which is a scarce resource.”

One example of this is 86-year-old Christine Namwinga. After losing her husband in 1992 and all 10 of her children—five of whom died in a flash flood when they were young—Namwinga had literally lost everything. 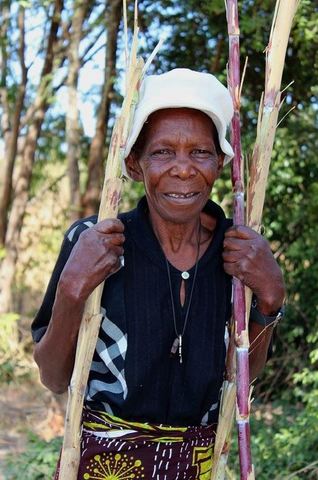 Susan Lowe, a former senior sister missionary who served in Luanshya, documented Namwinga’s history. She wrote, “In January of  2014, Christine became destitute and came in from her village to ask the priest for help, only to be turned away and told he couldn’t help her. She wandered through town and noticed a white signboard: The Church of Jesus Christ of Latter-day Saints. It was Saturday, so she spent the night waiting outside the building until she could attend church. She recognized a strong spirit drawing her there. And so she began her conversion. The elders began to teach her. On Sunday she would get up at 3 a.m. and walk the nine hours it took to get to church.”

This became a pattern for Namwinga. Members generously offered her a place to stay each Saturday night so that she could make the nine-hour trek to Luanshya on Saturday and attend church on Sunday. This pattern of faith, dedication, and kindness led her to be baptized in April 2014. Almost exactly a year later, Christine Namwinga boarded a bus for the first time in her life and took the 36-hour trip to the Johannesburg South Africa Temple to be sealed eternally to her deceased husband, 10 children, and parents. After her experience at the temple, she wrote, “I am happy that I was sealed to my husband, children, and my parents, because this assures me that one day we will see each other and be together forever in the life to come.” 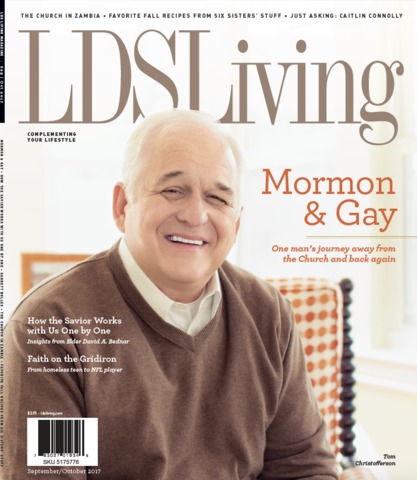 Read more incredible stories about the Saints in Zambia in the September/October 2017 edition of LDS Living. Also find other great stories, like the journey of Elder Christofferson's brother Tom away from the Church and back again and an excerpt from Elder Bednar's new book, One by One.