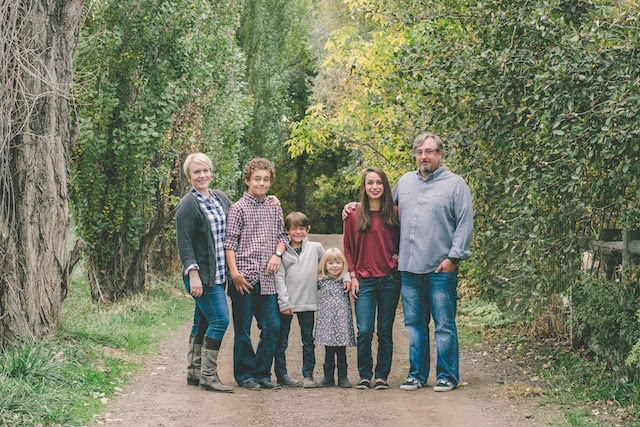 After Rehab, Son’s Death, How One LDS Mom Learned Why It’s Okay to Not Be Okay

Stefani Seeley still remembers vividly the day her boys asked her a question about life after death that she, a Mormon, could not answer concretely.

On Dec. 13, 2012, her stepson CJ passed away in a car accident. Stefani's two biological sons from another marriage had heard over and over how fortunate their family was to be sealed together after their brother's death. Though these sentiments were well-meaning, it did not give comfort to Stefani's sons.

While stopped at a stoplight on the way to school, they put their concerns into a question.

"My oldest said, 'Mom, we're not all going to be together as a family. Me and Milo aren't sealed to you guys so what they are telling us isn't correct. It isn't true. What are we going to do? How will we see him again?'" Stefani says.

It was true. Her sons weren't sealed to their brother. And knowing that, Stefani couldn't answer their question with a concrete answer: how would they see their brother again?

"At that point, I very specifically remember, I said, 'You know what? All that matters is that we are kind and that we do our best. We will be able to return back to Heavenly Father and we will be a family. We will be. It will work out and I'm positive that will be how it is,'" Stefani says.

After that conversation, after seeing how her elementary school-aged sons despaired over whether or not they would see their brother again, Stefani wanted to protect them from the fear and anxiety of not being sealed with their brother.

But the well-meaning comments and other euphemisms about death typically used for comfort among Mormons didn't help. In fact, from the first time someone offered the assumed comforting words of how fortunate she was to have the gospel and know families were forever, Stefani bristled inside. Instead of comforting her, those words made her angry.

But Stefani pushed these comments to the back of her mind as she prepared for funeral services for her son and, through a haze of grief, she decided that no matter what, she would remain strong. She was not going to cry through this. She would be the one who handled this tragedy with grace. No matter how intense the grief became or the doubts she may have about the gospel, she was going to appear okay, at least on the outside.

Then, during the funeral services, one of the speakers said from the pulpit that CJ was fulfilling his earthly mission on the other side—and that was it for Stefani.

That was the moment she decided she didn't agree with this.

For the next few years, Stefani carried all her churning doubt and anger inside of her while feeling the horribleness of life after her son's death.

She would look at her kids, remember what they said about being sealed, and feelings of anger and resentment would bubble up inside her. But she kept her feelings to herself.

"Who wants to admit to somebody that you are ungrateful for this promise that has, in my head, supposedly been given to us when I feel angry on the inside and mad and that I didn't believe it?" Stefani says. "But I still had to put on a smile and pretend that I was grateful that my son had died and that was how it started to feel."

As time went on, Stefani was terrified of letting anyone know how she felt, of her doubts and grief rubbing off on them. Her pain, her confusion, and her doubts were bottled up inside, seeking for a release, any release. She needed a way she could keep up this exhausting, iron-clad facade of a mom who lost her child and was doing okay. She wanted so desperately to cry.

And she went on like this for two years, never showing anyone in public or in private how she felt.

Then, in February 2014, Stefani decided she knew exactly how she was going to escape this torture.

"I made the conscious effort one day to start drinking," Stefani says. "I decided that was the only way I could keep it up. Because when I did drink, I didn't have to think about it anymore. It just went away. It just went away."

During the day, when Stefani was supposed to be "on," she smiled and kept the outward appearance she was fine. At night, when her kids were in bed, she would escape through alcohol.

At the time, Stefani's husband was working and attending BYU. He would come home and find her very sick. They would talk a little about her drinking. But at the time, dealing with his own suffocating grief, Stefani's husband didn't know how to address it—the drinking, a taboo subject for Mormons. And so she continued to be a smiling, strong mother by day and by night she let the facade fade away as she drank in secret.

Eventually, it became too much. Stefani became so ill she could no longer turn herself back "on" during the day. Until, one day, she woke to find herself alone with her husband, her children gone.

"[My husband] said, 'Guess where we are going tomorrow? Guess where we're going in the morning? We are dropping you off at rehab,'" Stefani remembers.

She didn't attend Church while she was there. But during this time, Stefani found herself detoxing from the idea that she always had to smile, that she could never cry, that she always had to be strong. She was able to just be vulnerable without being afraid of judgment for expressing how she really felt, without the fear of her doubts, confusion, and anger rubbing off on those around her.

During these 30 days, she realized it was okay to not be okay.

As the facade faded and she expressed her true feelings, Stefani says she felt more at peace. All the time spent hiding how she really felt, hiding her drinking, was over.

When she left rehab, Stefani was ready to stop hiding from others—and herself.

She would wake up in the morning acknowledging that that day just sucked and that day, that was okay. Other days, she could think about her son helping others in heaven, and those days, she could feel okay about that.

"I don't put a lot of expectations on myself regarding how I feel about it," she says, referring to her son's death. "And I also can't be concerned about what other people feel about how I am doing, what I am going through."

She also found a close group of friends who she opened up to about everything, friends who wouldn't judge her for what she said.

"People who listen and people who don't try to make it better, those are the greatest blessings for me through this, is having people who listen without judgment," Stefani says. "Having people who are mindful of our needs. . . . there are just those people who know exactly what to say at the right time or when not to say anything. And I know those people are being guided by the Spirit. I know that. Because there are times where I can't listen. And that's okay, that's okay, but there are people around us who are guided by the Spirit to help us in ways that we need it."

Talking as a family about their son and brother also helps. In fact, since the accident, there's never been a time Stefani and her family haven't been able to talk about him, sharing their memories.

Stefani says she felt her son especially close last November when her baby girl, Ruby, was born 17 weeks early. For four months, Ruby's survival was an every day, back-and-forth thing as Stefani and her husband watched and waited. But every time Stefani looked at Ruby in the NICU, she says she would also see her son.

"I would talk to CJ," Stefani says about her time in the NICU with Ruby. "I was so thankful that he was able to be there in heaven with her. He's been here the entire time."

Today, nearly five years after her son's death, Stefani says her relationship with the gospel is a little different than it was before.

She knows Heavenly Father is aware of her. She's not afraid of Him. She doesn't hide from Him anymore.

She knows it's okay cry. It's okay to be mad. It's okay to have concerns. And it's okay to talk to Heavenly Father about how you really feel because He's there anyway, always aware and never ashamed.

Moving forward, Stefani says she is more inquisitive; she wants to know more about the gospel. She's more comfortable talking to Heavenly Father about her concerns and has a more personal relationship with Him.

She and her husband also don't see everything that they have gone through in the last five years as a trial. They see it as their life and they know Heavenly Father is going to be there to help them through it.

"We feel like our trial is when Heavenly Father has left and we know He hasn't left. He's not leaving," Stefani says. "We know He's here."

Stefani still has doubts. She still has questions that don't have answers. Stefani still isn't always okay. But with her Heavenly Father's help, Stefani now understands that it's okay to not be okay.