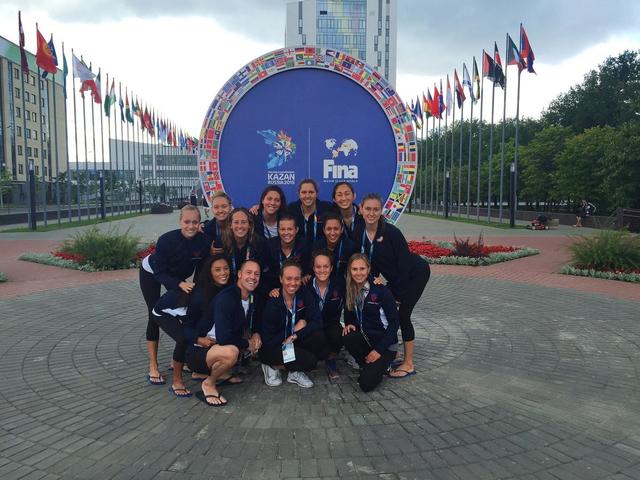 Recently, the Deseret News carried a two-part story on Olivia Ekberg, an 18-year-old whose path to the Olympics led her down a road of psychological torment. But despite all she experienced, she still manages to find hope in Heavenly Father.

In an article written by Jessica Rasmussen, it shares:

Olivia Ekberg gives me instructions on what to do if she has a seizure during the night—she doesn’t like to be alone, and she usually needs someone to hold her head when she shakes. . . .

Olivia’s profile and photograph are still listed on the TeamUsa.org website as part of the Olympic roster, but she never swam in the 2016 games. Instead, on Nov. 3, 2015, Olivia found herself in the back of an ambulance, convulsing and confused in the midst of a cacophony of sirens and on her way to John Muir Medical Center in Walnut Creek, California.

After sacrificing her childhood and school to achieve her dreams, Olivia began the process of trusting a different kind of coach that day; she did all she could to rely on God through the coming years that were often filled with anxiety and shame.

In an article written in Ekberg's own words, she shares:

In the water, they couldn’t see me cry. I believed that my battle of imperfection was not worthy of tears. My fight against my mind was not traumatic enough to require pity from those around me. If I had continued with this thought pattern, then I would probably still be lying on my floor, too far deep to get up. I would have thought that my trial, my mountain, my climb was not hard enough to require the help of others, nor was it anything special.

But God, God can see you cry. God lies on the floor with us, no matter how simple the object of our defeat may be. He lies with us, no matter where we are, with the same tears. Does it matter what our mountain is and how high it may be in the eyes of others? Do you think it really matters that your struggle is standing on your feet in the morning, and what the reason behind that is? So what if your impossible task is exercising, and your neighbor is living life without her husband? God values whatever it is that you struggle with. God cares that you climb. God cares that you help others climb. God cares that you succeed in your climb. God cares enough to see you cry, and he believes in you enough to let you cry. There are a lot of powerful things in this world but nothing quite as powerful as seeing someone scale their mountain with tears in their eyes.