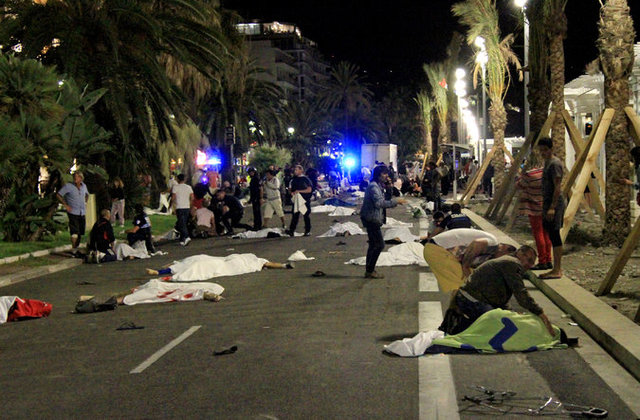 Eighty-four are dead and 202 injured after a terrorist attack on Bastille Day in Nice, France.

A 31-year-old Tunisian, Mohamed Lahouaiej Bouhlel, drove a large truck down the Promenade des Anglais around 10:30 p.m. on July 14. The streets were crowded with people waiting to watch fireworks.

The truck continued down the street for over a mile, mowing down people until the driver was shot by police. Of the 202 injured, dozens are in the intensive care and even more have serious injuries.

As France prepares to enter three days of mourning for the victims, the Church released this statement on Mormon Newsroom:

"Patrick Kearon, President of The Church of Jesus Christ of Latter-Day Saints in the Europe Area, and members of the Church in France join all people of goodwill to express their deepest condolences to the families and friends of the victims of the tragic event which took place last night in Nice. We mourn today as we consider the tragedy that has occurred and pray for those affected, for their families and loved ones."