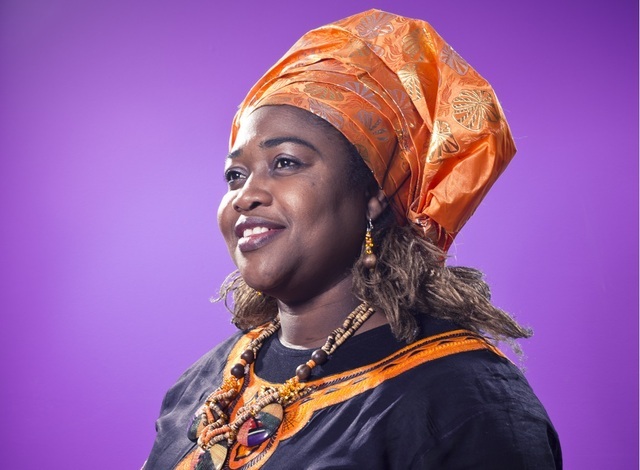 After Watching Her Sister Brutally Killed, LDS Convert Shares Remarkable Prompting That Brought Her to the Church

At age 22, Mariama Kallon was hearing rumors of something dark in her country. “There are rebels,” the villagers in Sierra Leone would cry as they fled from their homes toward the cities. And as they carried their bundles of belongings, they also cried for what they left behind: “My daughter is killed; my child is killed; my family is killed.”

For years, Kallon lived in constant fear of the rebels without ever coming into contact with them, fleeing from one place to the next to avoid them. When she once again heard that the rebels were working their way toward where she was living, Kallon decided to go somewhere completely out of the way—her hometown. She hadn’t seen her parents in years. “I thought it would be safe for me. I didn’t know the Lord was taking me there to see—to know what happened to them.”

After arriving, she and her sister were trying to find food to cook for the family that day when they heard the alarm again: “The rebels are coming!” They didn’t have time to go back for their parents, but they heard the screams, the gunshots, the crying. They knew they would never see their parents again.

Kallon and her sister escaped with a group of other women but had to travel for several days and nights to get to the larger cities where they could be safe. One morning, they awoke surrounded by the rebels. “That very moment was the time in my life that I gave up,” Kallon says. The men lined the women up, raped them, then began chopping off their limbs.

Kallon watched as they chopped off her sister’s legs, and she knew she would be next. But she had this feeling in her heart: “‘Talk to Him. It’s not done yet; He’s not done with you.’ . . . and I said this little prayer in my heart. I said, ‘God, I know You are there. There is something You can do to stop this. You can.’” As soon as she finished her prayer, they began hearing the shouts of their rescuers coming, and immediately the rebels fled. “At that moment I knew: this God has something.”

Kallon went, and found exactly what was promised. “I was happy,” she says. “My heart was open.” Learning the doctrine of eternal families was the greatest thing she gained. Even though she was the only one of her family left living, she found hope in the truth she had been taught. “The greater joy is knowing through this gospel that I will see them again.”

After Kallon had been a member for about a year, she decided she wanted to serve a mission to be able to share all the things she had learned with others, and she was called to serve in the Salt Lake City Temple Square mission. She has lived in Utah ever since, sharing the hope and courage she found in the gospel with others.

“There are still hard times, there are still things I struggle with, but the thing that keeps me going, the thing that I’m holding onto most, is that hope that I have in my Heavenly Father and His son, my Savior. I know that as I turn to them, they are always there for me because they’ve always been there, and . . . they will always be there.”

This story was originally featured in a compilation from our March/April 2013 issue of LDS Living.