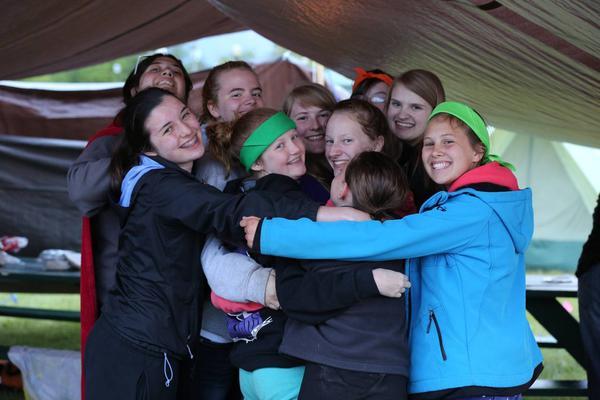 Sister Rosemary M. Wixom, general president of Primary, counseled in the March 2014 General Women’s Meeting, “As individuals, we are strong. Together with God, we are unstoppable!”

At the State of Alaska Young Women Camp held June 9-14, this theme emerged as more than 900 young women strived “to become one with God … [and] develop righteous desires, covenant with God, and always remember Him,” as written in the journal given to each of the camp participants.

“There was a real sense of purpose and joy in [the camp],” said Sister Neill F. Marriott, second counselor in the Young Women general presidency. Sister Marriott attended three days of the five-day camp. “Coming together … they grew; they grew in knowledge and in testimony.”

Young women from all over Alaska came together at the Alaska State Fairgrounds for the camp, a feat Sister Marriott said has never been done in the large state.