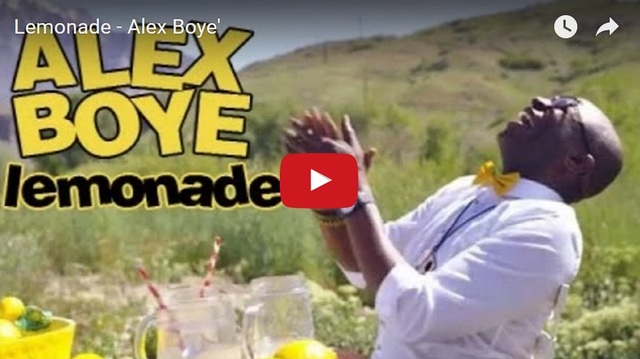 You might recognize him from his YouTube videos or his time with the Mormon Tabernacle Choir, but did you also know Alex Boyé was the lead singer of a boy band in the ‘90s?

Boyé grew up in England and joined the Church when he was 16 years old. He served a mission in Bristol, England, and then formed and became lead singer for a boy band called Awesome in 1995. They landed a five-album recording contract with Universal Records and performed with several famous artists, including Bryan Adams, George Michael, Simon and Garfunkel, and MC Hammer.

Boyé left the band in 1999 to pursue a successful solo career, which continues to this day. In 2011, his Christmas album, My Christmas Wish, reached #21 on the “Holiday Albums” Billboard chart. And recently, his song “Lemonade” spiked to #2 on the “Gospel Digital Songs” chart.

When asked what one of his most memorable experiences as a performer was, he shared, “Some girls approached me after a concert and put a whole pack of cigarettes in my hand. I asked why they were giving it to me. They said they read somewhere that I didn’t drink or smoke, and they said that if I didn’t need to, then they didn’t need to either.”

Boyé is also a successful actor and has landed movie roles in Saints and Soldiers: The Void and the recently released version of Saturday’s Warrior.

Learn more about how Alex Boyé juggles his family life, faith, and career as well as which celebrity was his favorite to meet.

For more fun music, check out Alex Boye's Africanized, or for some gospel classics, check out Be Still, My Soul: Classic Hymns and Folk Songs.