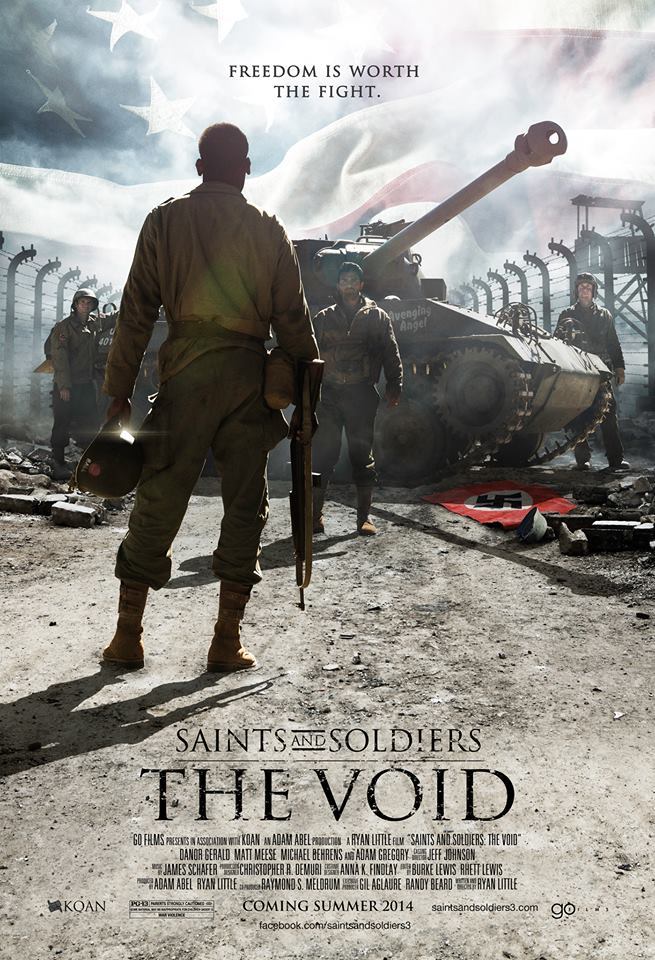 August 15, 2014 is a day you may want to mark on your calendar for the release of the latest “Saints and Soldiers: The Void” film. This time a new issue will be tackled when, despite their prejudices, a mostly white Allied crew is forced to rely on a black tank driver, Jesse Owens, for their survival.

An additional exciting aspect of this film for Mormons is the two recognizable actors they’ll see: Alex Boye and Matt Meese.

Alex Boye, the popular singer who recently retired from the Mormon Tabernacle Choir, was a cast choice because of his connection with director Ryan Little, who told us that "Ever since Alex Boye and I served as missionary companions in England we have talked about working together. Of course Alex's fans know he as an impressive singer, but SAINTS AND SOLDIERS: THE VOID was the perfect fit to showcase his acting abilities. He will impress you."

Matt Meese—one of the hilarious faces of the popular BYUTV sketch comedy show Studio C—will be switching into a little more serious role as Private Danny Barlow in the film, but producer Adam Abel assured us that "As Ryan and I considered who we should cast for the role of Pvt. Danny Barlow Matt Meese came to mind. We are big fans of Matt and his work on Studio C and are excited for his fans to see him in a more dramatic role. Matt was fantastic to work with. He brought a sense of humor to his character."

Here at LDS Living we are excited not only for another fantastic theatrical production of an uplifting story from World War II, but also to see both Alex Boye and Matt Meese in different roles that we’ve seen them in before.

Watch the trailer below, or check out www.saintsandsoldiers3.com for more information about this exciting new film!

Saints and Soldiers is a dramatic, intense and heroic WWII film about members of the Greatest Generation struggling to be both good men and good soldiers.