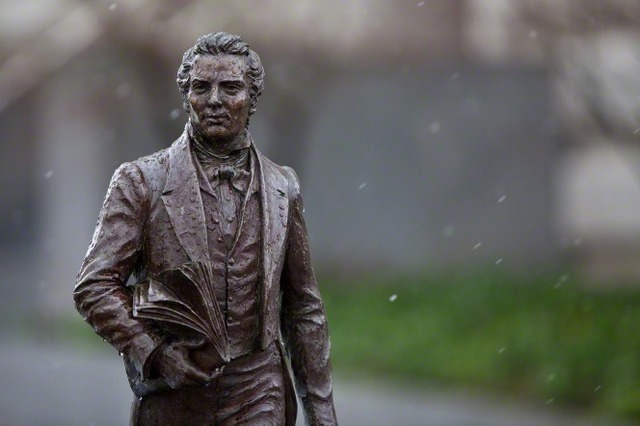 An Approachable Joseph: Little-Known Stories That Will Help You Relate to the Prophet

God once told Joseph Smith that his name would be “had for good and evil” in the world. We often see the fulfillment of that prophecy in extremes: some set Joseph up as a god-like figure of perfection, and while others see him as an evil, corrupt man. That stark dichotomy can make knowing what the prophet was really like feel as impossible as time travel.

Joseph Smith Papers Documents, Volume 8: February—November 1841 highlights little-known stories that will help Saints come to know Joseph Smith not only as a great prophet in the final dispensation, but also as approachable Brother Joseph, who, like us, struggled with debt, a demanding schedule, death, and disappointment. Here are four instances from the Prophet’s life that you probably didn’t know but can likely relate to.

Financial stress is not something we always associate with prophets, but often have to associate with ourselves. Debt is one of the heaviest loads to carry, and the Church had a lot of it in 1841. Joseph was working with others to pay debts accrued by purchasing land in Nauvoo. In a letter to a friend, he said, “I am very anxious indeed to have the matters which concern the First President settled as soon as possible, for until they are I have to labor under a load that is intolerable to bear.”

Letters between Joseph and his creditor Horace Hotchkiss reveal frustrating miscommunications over payment. For example, Hotchkiss was expecting an annual interest payment that Joseph thought they had verbally agreed to defer for years. A problem that today could be quickly addressed through email took months of anxious waiting to resolve. In total, the amount charged for land bought in Nauvoo was $110,000—equivalent to over $3.2 million in today, and Joseph walked daily under the pressure of it all.

► You'll also like: Do Photographs of the Prophet Joseph Smith Exist?

Fighting to keep the important from crowding out the essential is a daily battle for all of us. The Prophet Joseph felt the struggle of balancing important responsibilities while giving enough focus to spiritual things. Here is a sample of what was on his plate during 1841:

The progress of the Church in Nauvoo during 1841 made for a very busy Joseph. By mid-way through the year over 800 converts from the British Isles had come to Nauvoo, and Joseph was personally involved in their resettlement. As Joseph welcomed them to Nauvoo, Nauvoo introduced these new Saints to malaria. The death toll in Nauvoo more than doubled between 1840 and 1841, due in part to disease outbreaks. In a letter, Joseph referred to Nauvoo, a Hebrew word meaning beautiful, as a “deathly, sickly hole.” The physical welfare of those he loved must have weighed heavily on the Prophet’s mind.

On January 19th, Joseph received Doctrine and Covenant 124 which instructed him to build a temple and a large boarding house to accommodate travelers. Joseph must have pushed the temple to the top of his to-do list: construction began less than a month after the revelation was received.

Joseph’s brother, Don Carlos, while living only a few blocks away from Joseph, resorted to writing him a letter in order to communicate. In that letter Don Carlos said, “I have no opportunity to converse with you—you are thronged with business.” We can only imagine what Joseph felt when Don Carlos died only two months after sending that letter.

Joseph’s frustration over his lack of time spent with his family and on spiritual matters, in part, led to the events of a special conference of the Church in August of 1841. It was announced that Joseph was delegating more responsibility to the twelve apostles in “managing the affairs of the kingdom.” Yet, Joseph himself was not present the morning of that conference—he was at home mourning the death of his baby, Don Carlos, who had died the day before.

► You'll also like: Joseph Smith's Fight with His Brother That Left Him Unable to "Sit Down or Rise Up Without Help" and What It Teaches Us About Forgiveness

3. Facing Daily Routine After the Death of a Loved One

Most Latter-day Saints have heard stories of death in the Prophet’s life, but they can become just that—stories. To appreciate the pain of death in Joseph’s life take a look at August of 1841:

On August 7 his youngest brother Don Carlos died at age 25. About a week later on August 15, his namesake, Joseph and Emma’s baby Don Carlos, also died at the age of 14 months and two days. This baby was Joseph and Emma’s fifth to die in infancy. On August 27, his trusted scribe Robert Thompson died from a lung infection, and then finally in the last week of August, Joseph’s friend Oliver Granger passed away. Granger’s death was doubly difficult as he had been “indispensable” in the financial affairs of the Church. Joseph had written him a letter inquiring after his health and expressing his love but it arrived after Granger had already passed away.

Have you ever spoken out in anger and then had to face startling consequences?  Joseph’s angry letter to newspaper editor Thomas Sharp left a dangerous wound that never healed.  Previously, the Prophet’s relationship with the editor of the Warsaw Signal had been a friendly one. Sharp had written informational articles about the Church, including its troubles in Missouri, and had even sat next to Joseph on the stand as an honored guest at the Nauvoo temple cornerstone ceremony. In just one month, however, Sharp’s attitude turned critical. After reading an article condemning the political power held by church leaders, Joseph wrote a “caustic” response to Sharp that he signed, “Yours, with utter contempt, Joseph Smith.” This letter represented a shift in the men’s relationship that would only worsen with time. Sharp continued to publish articles that painted the Saints in a negative light before the public—not something the already misunderstood Saints needed.

Unfortunately, as sometimes happens in life, the feud between Joseph and Sharp was never resolved. 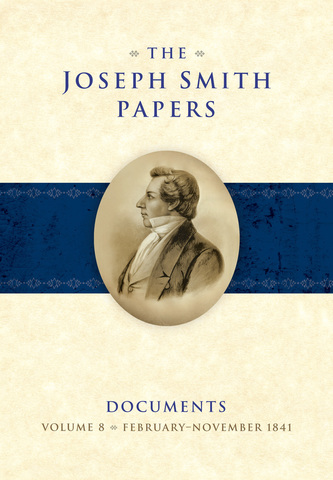