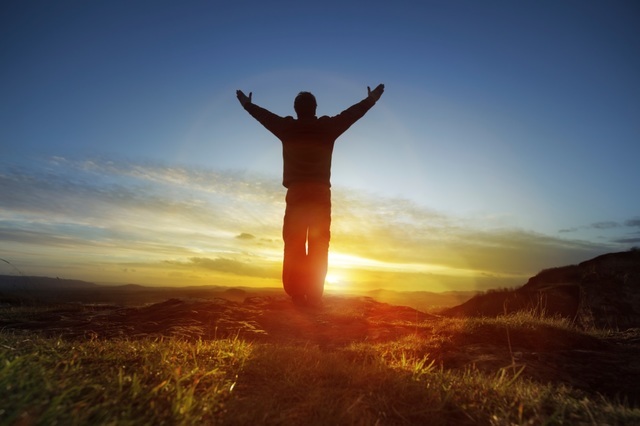 An Atheist and A Mormon Debate What Faith Really Means

Recently, faithstreet.com hosted a debate between an atheist and a Mormon on what faith really means.

The atheist, W. Cassity-Guilliom, grew up in an interfaith home, but became more skeptical of religion throughout her education until she finally embraced atheism. The Mormon, Carol Voss, attended Berkley before becoming a stay-at-home mom and a devout Mormon.

Cassity-Guilliom kicked off the debate, calling faith "a word like any other — a vibration generated by vocal folds in the throat and hurled through the air toward primed eardrums" and later settling on the definition of faith as "selective gullibility."

Voss made a surprising concession in her response, accepting the definition of faith as "selective gullibility," but added that this is "the willingness to risk so much trust that one is laid bare. And it is only in the nakedness of this vulnerability that the greatest faith is found."

Later on, the atheist and Mormon agreed on another account, as Voss states, "I happen to agree that telling anyone to 'Be more faithful' is weak. President Uchtdorf of The Church of Jesus Christ of Latter-day Saints once said, 'Doubt your doubts before you doubt your faith.' That seems reasonable to me. All believers have an ever-changing proportion of each; by all means, acknowledge your doubts, but give more credit to your faith."

Cassity-Guilliom countered Voss's arguments by highlighting her past experience: "Not having grown up around people of strong faith somewhat distances me from it, but that gives me a clearer perception: it’s what you get when honesty rots into fantasy."

To which Voss responds, "I would argue that I am the one with clearer perception simply because I have been in your shoes and believed as you believe. Then I had experiences that exposed me to a dimension of life that was possible only if God exists."

In the end, neither see eye to eye, but each gives their definition of what faith means to them.

Cassity-Guilliom: "Faith is selective gullibility; a virus, every drop of which contaminates reason and honesty with the comfortable poison of self-deception."

As expected, there is no one clear winner to the debate. But we appreciate Sister Voss's testimony of faith and take comfort in an LDS perspective on faith that draws us nearer to God through vulnerability and submission. It enables us to feel and experience something so much greater than what can only be recorded and analyzed as physical evidence.